The inspiration for our good family movies is deeply rooted in our Catholic values and beliefs. It's the reason we feel a call to bring wholesome entertainment to Christian homes.

Movie Making in Catholic Families: Mary reviews Pelayo footage with her brothers and sisters, Adelaide, René and her Godson Noël.

This guide to all things Catholic brings you all the pages that expound on what it means to be deeply and faithfully Catholic.

Catholic families are the cornerstone of the societies in which they live and work. They have built hospital systems, educational institutions, businesses and thriving cultures century after century, the world over.

And now, NOW, is the time for Catholics to take back what has been taken from us, sacrificing for the greater glory of God just as we have always done. We must reconstruct the social fabric as Archbishop Carlo Maria Viganó says: 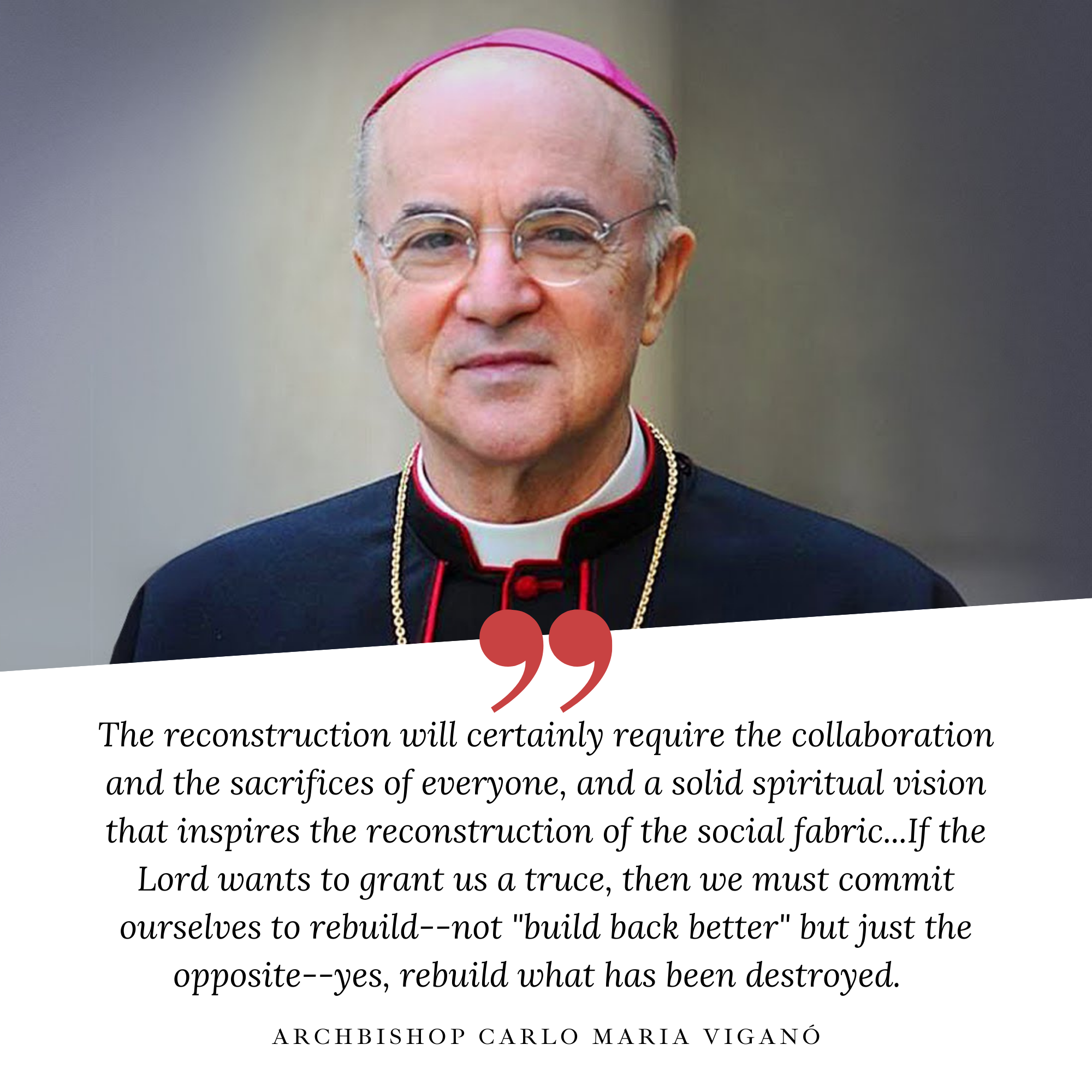 Features Of Life In Catholic Families: Celebrating The Feasts And Always Practicing The Faith 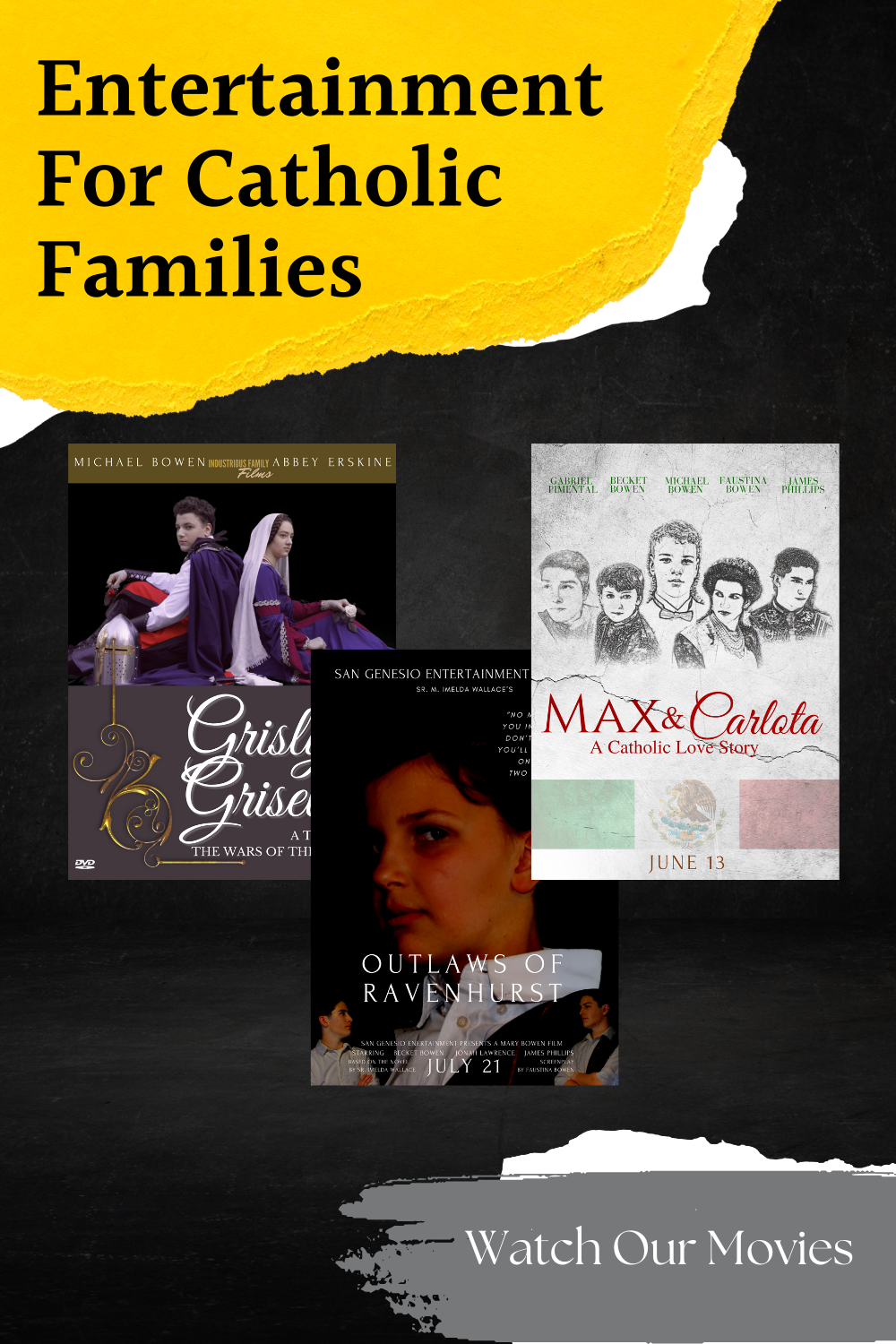 What exactly does Catholic family life look like? How do Catholics incorporate their faith into their daily lives?

Well for Catholics, there is no such thing as a private life and a public life. There is no separation between the two and for a faithful Catholic his religious practices permeate his entire life.

The year is filled with holidays and celebrations. Sacramentals are always close at hand. There is an abundance of relatives, and spiritual bonds such as Godparents and Godchildren are just as binding as blood. Prayer and activities are frequent.

This is the way it has been for a millennia and embracing this lifestyle is a key to rebuilding the social fabric. To get a glimpse into the hallmarks of Catholic family life click here...

Devotions, especially devotion to the Most Holy Rosary, not only keep Catholic families on the right path but they also earn graces for the world. The Dobb's victory is only one of the results of good use of Catholic devotions. They are vital to winning this war! As shown in our short film, Pelayo, impossible victories can be won through the intercession of Mary.

The graces received through the Rosary overflow into the world establishing peace and stability. The more Catholic families pray, the more peace is attained. Prayerful times are times of peace.

Praying the Rosary everyday is not just a "good idea" for the especially pious to promote peace in families and the world, it is a part of Catholic values and beliefs. Our Lady herself has come down to earth to request that every Catholic family pray it together everyday. Learn more about the Rosary and the other chief Catholic devotions here...

An Indispensable Bastion Of The Opposition Against The Children Of Darkness 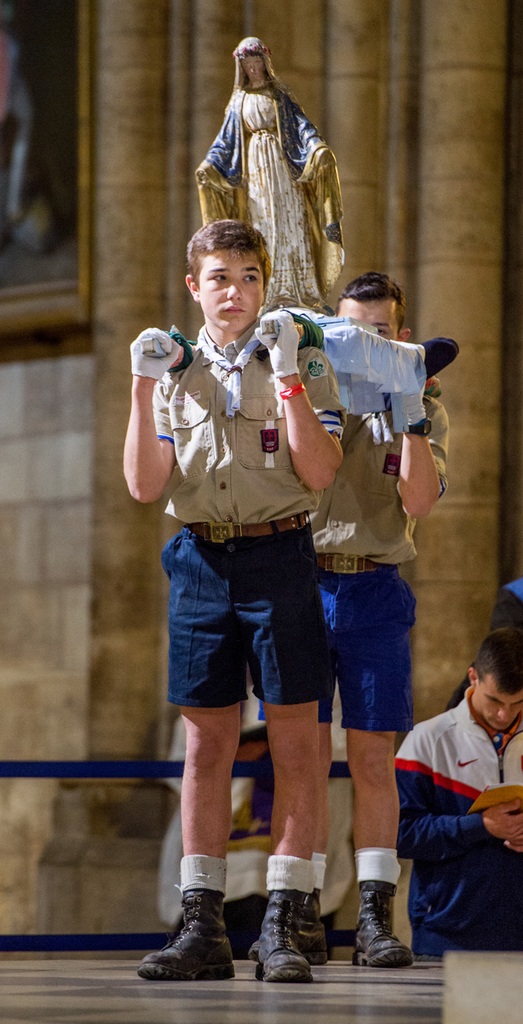 Christianity has always known that living in this world is going to be a battle. That's why the sacrament of Confirmation makes you a "soldier of Jesus Christ". What is more, it has become more and more clear that those on the other side of the battle know that this is a spiritual battle, justifying spiritual warfare.

Raising Catholic children is like one long boot camp to get them battle ready before setting them loose on the world.

Every worldly soldier knows what lies before him before he walks onto the battlefield. Our spiritual warriors should be just as prepared before they leave home to face the world.

Catholic children have an advantage over their peers at gaining happiness as adults while making far fewer mistakes and contributing more to society at large.

When pondering what makes the best kind of student, employee, or professional, similar qualities come to mind. They are content, willing, and helpful. Consider this...

What kind of person do you want as your neighbor, boss, or caretaker? Someone who is virtuous, reasonable, and prudent? Yes, yes, and yes.

Catholic children grow into these types of adults by the very nature of the way they are raised. They are people who are content and willing to help others. They are virtuous and reasonable.

It was no mistake the greatest civilization the world has ever seen was built by people from Catholic families, people who had Catholic values and beliefs. To read more on the specifics of how Catholic children are raised instilled with qualities that we all admire, click here...

Giving The Right Gifts For The Right Catholic Occasions

Our gift giving guide discusses the right attitude toward gift giving as well as a list of many gift ideas for all occasions, featuring:

Check out our top picks for Catholic gifts here...

Holy Family The Perfect Model For All Catholic Families

Imitating the Holy Family and praying for their help and protection helps families become happier and holier, growing closer together in Love of God. Copying Mary's collectedness, Jesus' obedience and St. Joseph's trust in God's Will creates an atmosphere of peace inside the home, come what may.

If the structure of families is sturdy, soundness and stability will spill over into society at large. For action items on how to imitate the Holy Family click here...