Favorites and suggestions abound when it comes to Christmas movies. How often do you get recommended a good movie for Easter? There just aren't that many. But we've got you covered with this list of 5 good movies to watch at Easter time. 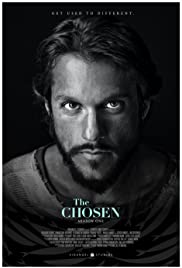 "I am here to preach the good news of the kingdom of Heaven: a kingdom that is not of this world, a kingdom that is coming soon, where, yes, sorrowing and sighing will flee away. I make a way for people to access that kingdom.

The Chosen portrays the life of Christ in intimate detail such as has never hit the screen before. It shows the Apostles, Our Lord (Johnathan Roumie), and Our Lady with relatable personalities as well as struggles.

We were gifted this movie right after it came out. Since so many Jesus movies are cheesy and preachy, we were pretty skeptical.

This TV show really surprised us with its high quality, creative story telling without leaving the Gospels, and wonderfully realistic characters!

The creators of this show have done a great job telling the story of the Gospels in a new and interesting way. The times of Christ are truly brought to life through this show! 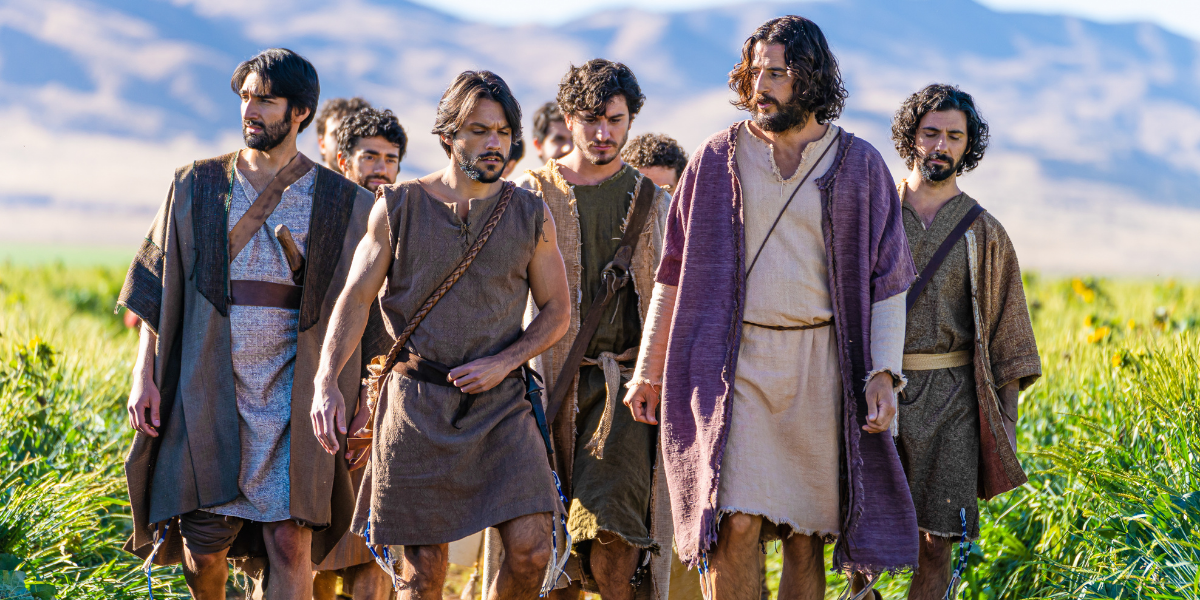 Some highlights from the show are...

The 2nd Season opens with Christ's ministry in Samaria, preaching the good news of the kingdom of heaven even to those reviled by the Jews. It follows up until the Sermon on the Mount: a perfect place to leave you expectantly awaiting Season 3!

Also starring Erick Avari as Nicodemus! It's the TV show you will watch again and again without feeling any guilt (except maybe that you should be a better Christian). 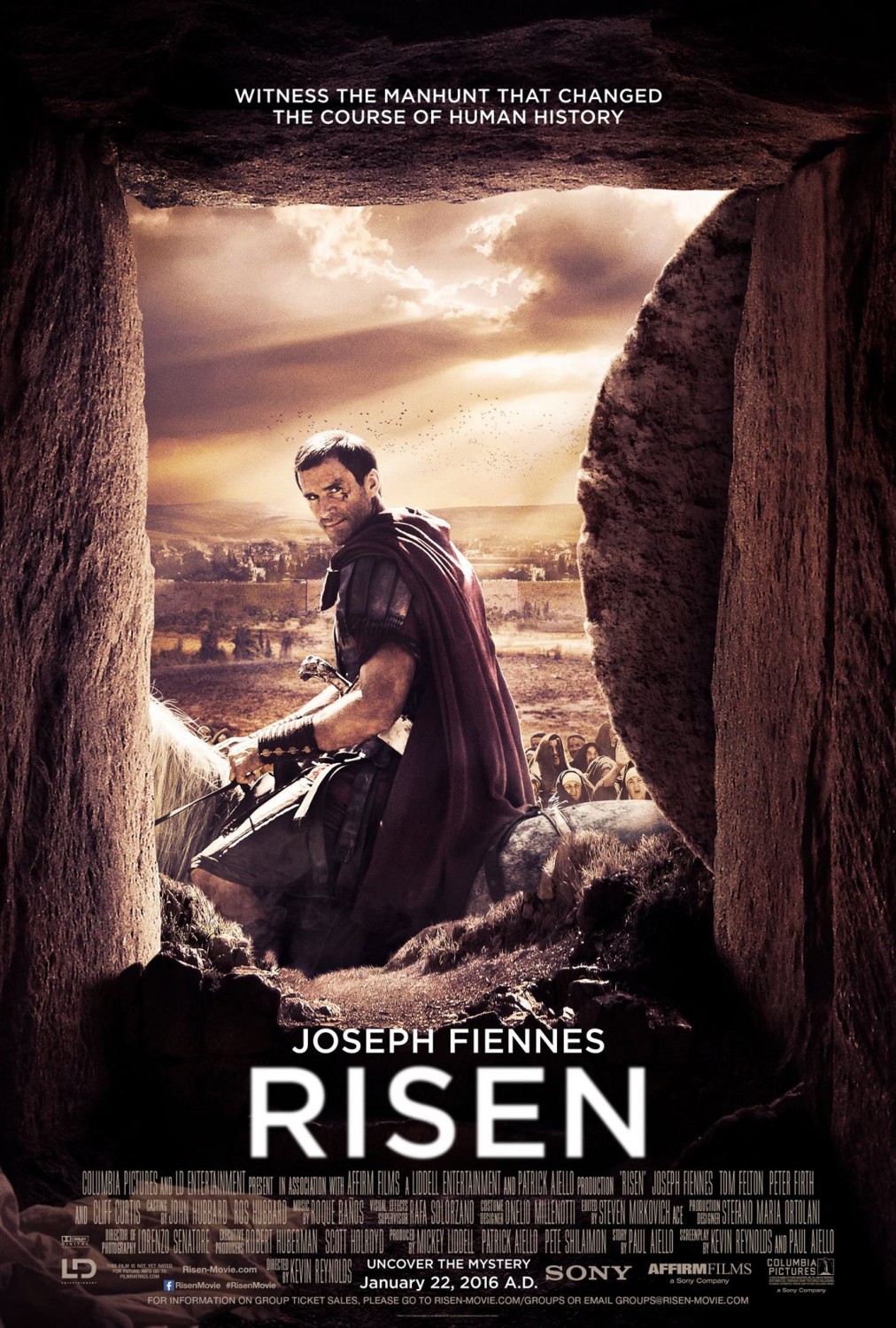 "I have seen two things which cannot reconcile. A man dead without question, and that same man alive again. I pursue him, the Nazarene, to ferret the truth."

Risen was not a bad Jesus movie per se, but I wouldn't say that it's all it's cracked up to be. A very interesting take on the Resurrection, this Easter movie follows the Roman tribune, Clavius (Joseph Fiennes), who is charged with the burial of Christ.

It also shows the conflict between Caiaphas and Pilate as the Sanhedrin pursues security that the body of Christ cannot be stolen by the Apostles.

After putting guards on the tomb, Clavius rests assured that there is no possibility that the body will disappear. The next morning, Caiaphas returns to announce that the guards have come to him and told him that the body has, indeed, disappeared.

Clavius now must find the body before Caesar comes to review the city in ten days time. He must look high and low, question many people including Mary Magdalene and Bartholomew, he even begins to unbury Hebrew bodies from cemeteries.

His search leads him to the truth, he just doesn't know what to do with it. 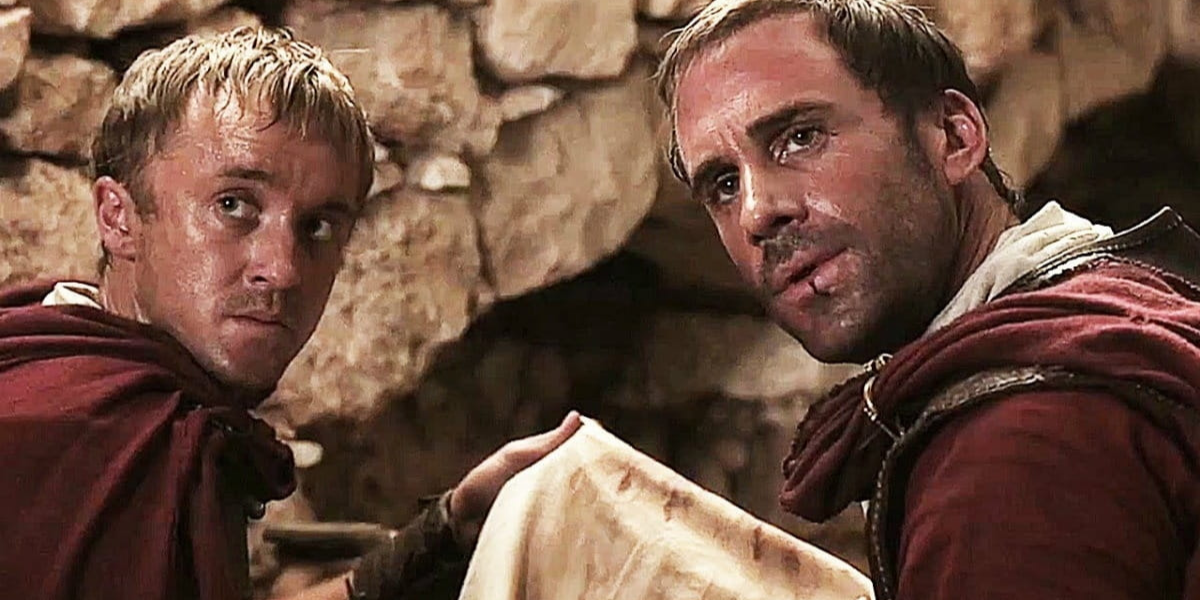 There were a few things that were disappointing about this movie. First of all, the first hour was very good, but after that, it kind of fell flat.

Up until the middle, there was a strong story line, an escalating climax, even a resolution of a kind. The movie would have been very satisfying if it had ended there. But this was in the middle of the movie.

The next forty-five minutes was spent with Clavius following the Apostles to find Our Lord just before his Ascension. This section did not really have much of a climax or resolution because that had already happened in the middle. It was like the makers tried to cram a few miracles and a little time with Jesus after the Resurrection.

That brings up my next downer: Jesus. He was not feminine in any way, but there was still something about Him that was a little soft. There was nothing about Him that felt inspiring or hero-like. He didn't speak very much, which was probably an attempt to keep the sacred, but it felt more like a lack of confidence. 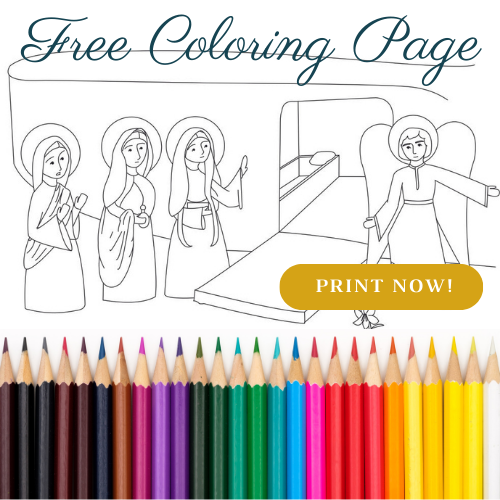 Color this while watching a kid's Good Movie for Easter!

There was also no clear conversion with the Roman tribune. He stops hunting the Apostles and goes with them, but it doesn't seem as though he is a Christian at the end. There is no "please, baptize me". He and the Apostles just part ways and he is a "believer" without baptism.

In a discussion with Jesus, Christ asks Clavius what he wants. Clavius responds that he doesn't know. Jesus then asks if he wants a world without war. Clavius says yes.

This is, perhaps, a "nice" idea, but that is not the point of Christianity. Not everything is about peace all the time. The main goal is to save our souls and to help those around us as much as possible. Peace sometimes will not be able to attain. These words being one of the few lines from Our Lord in this movie is kind of strange.

Another inconsistency is that the Apostles are already on fire just a few days after the Resurrection. We know from Sacred Scripture that the Apostles hid from the Jews in the Upper Room and were afraid until the Holy Ghost descended at Pentecost. Then they were on fire and courageous as lions.

In Risen, the Apostles seem already overjoyed to suffer for Christ as one of them tells Clavius to crucify him as he crucified Christ. The Apostles also travel to Galilee and leave to preach the Gospel, before Pentecost still.

It is implied that they are parting ways and each with receive the "Spirit" separately, in complete contradiction to the tradition of them being with the Blessed Mother. How would Peter walk out on a balcony in Jerusalem to preach His sermon in tongues if he wasn't even in Jerusalem?

But all these problems are in the second half, so if you just stop the film right when Clavius first sees Christ, it will be a much more satisfying movie. 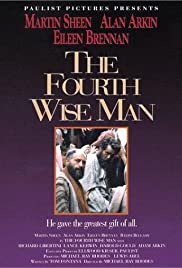 "Not so, my Savior. I never saw you hungry nor thirsty. I never clothed you. I never brought you into my home. I have never seen you until now."

Artaban spends his entire life looking for the King his fellow Magi brought their gifts to. Every time he is at the brink of finding Him, he arrives just too late to give his gifts.

After a long life of search and service to others, Artaban is at last given the chance to find his Lord.

Once again, he arrives too late. The Man he has brought his gift to is now carrying a cross up Calvary Hill to be crucified on it.

Artaban feels his failure until his death, when he meets Christ who tells him that He accepted his sacrifices. 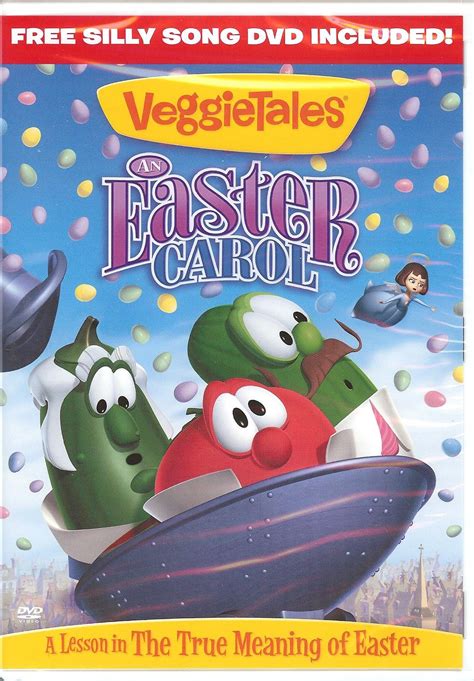 "You didn't listen, Ebenezer. You really, really missed the point!"

Ebenezer Nezzer's grandmother tried to teach him the true meaning of Easter, but it never really sank in.

After her death, Ebenezer does all he can to distract people from going to church on Easter so that they are free to come buy his Easter eggs.

Ebenezer's grandma then appears to him in a vision ("with a point") to warn him that his life is not as it should be. She promises to send him a visitor who will show him the true meaning of Easter. 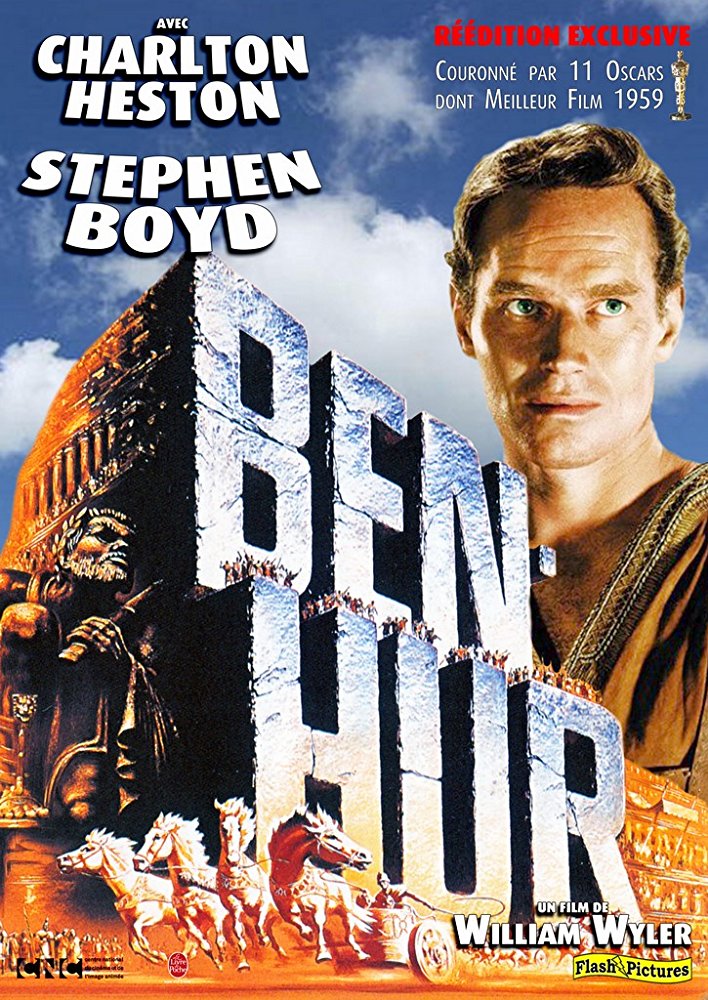 "Right at the moment He died, I heard Him say, 'Father, forgive them, for they know not what they do.' Even then. And I felt His words take the sword out of my hand."

Most people associate Ben-Hur as a Christmas movie but it is also a good movie for Easter!

Judah Ben-Hur (Charleton Heston), a Jewish prince, is one of the most influential men in Judea. His friend, a powerful Roman tribune named Messala (Stephen Boyd), wants his help to make the Jews cooperate with Rome.

When Judah refuses, Messala gets Judah's entire family in trouble with Rome. After his escape, Judah can only think of how to avenge himself on Rome and Messala.

The ultimate battle of a soul fighting between its good tendencies and evil urges. A classic every Christian should watch.

Points to Consider: There is a romance between Judah and his slave girl, Esther. Comparatively, it is a clean romance, but there is some kissing. This may not bother you, but just saying.

It is a little violent. Someone gets run over with a chariot and dies from loss of blood. There is a battle between the Romans and a barbaric tribe with primitive weapons (which equals close range killing).

So...we kind of really like Ben-Hur. We even made a short of the Messala Death Scene:

Thank you so much for reading the movie reviews on this page. I hope they help you find a good movie for Easter this year!

Please find below our pages for Easter traditions and activities for kids including our own Resurrection coloring page.

Industrious Family Films produces original movies! Maybe one day we will have made a good movie for Easter!

Visit our good family movies page to read about the movies made by Industrious Family Films. If you choose to buy one of them or want to donate, know that your money will go directly to making our next project.

We can't wait to share with you the good stories we love with many a future movie. Thanks for your help!