This Christmas Classic, The Story Of The Other Wiseman, Brings Home The Message: "As Long As You Did It To One Of These My Least Brethren, You Did It To Me."

The heartwarming tale, The Story of the Other Wiseman has been the inspiration of films and the novel still motivates readers to practice generosity and charity to all men. It brings home Christ's message "As long as you did it to one of these My least brethren, you did it to Me." 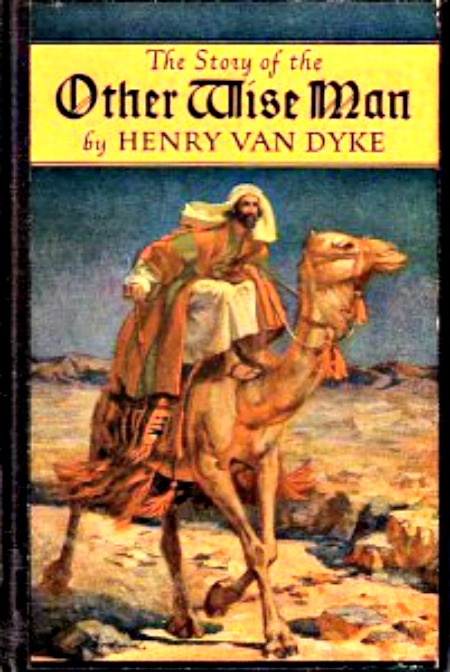 From the Preface of the Lepanto Press printing, the author writes:

"You know the story of the Three Wise Men of the East, and how they traveled from far away to offer their gifts at the manger-cradle in Bethlehem. But have you ever heard the story of the Other Wise Man, who also saw the star rising, and set out to follow it, yet did not arrive with his brethren in the presence of the young child Jesus? Of the great desire of this fourth pilgrim, and how it was denied, yet accomplished in the denial; of his many wanderings and the probations of his soul; of the long way of his seeking, and the strange way of his finding, the One whom he sought-I would tell the tale as I have heard fragments of it in the Hall of Dreams, in the palace of the Heart of Man."

In the short story, The Story of the Other Wiseman by Henry van Dyke, the fourth wise man achieves his goal almost without knowing it. Artaban wanders for many years trying to find the promised Messiah.

The journey is long for Artaban because he has a compassionate heart. On his mission he helps the poor and the sick delaying him from finding the Christ Child. After he has given all his gifts to the poor and helpless, he believes he has failed his mission. Little does Artaban know that by helping others he was helping Christ.

Like the other three kings, Artaban sees a star in the East which announces the arrival of The King. He sets out to meet Caspar, Melchior and Balthasar so that the four may travel together to worship the King. But Artaban’s compassionate nature made his journey take three times longer than planned. He misses the other kings but is insistent on continuing the journey alone.

When Artaban finds a sick man on the road he feels like he cannot leave him there to die. He gives the man his sapphire so he can buy food and medicine for himself.

In Bethlehem he saves a poor baby from the cruel hatred of Herod by giving the soldier his ruby if he will leave the house in peace. With more than half of his gifts gone he continues to search for the One whom he seeks. But will he be able to find the Savior before he gives his last gift away?

The Story of the Other Wiseman : The Mission Accomplished

Artaban's travels last over thirty years until finally he is very close to Our Lord. His adventure finally takes him to the hill of Calvary. On this road, he can not resist paying a ransom for a slave. He hesitates as he gives the dealer his last present-- a pearl.

After his last gift is given away, Artaban feels like he has failed his mission and prepares to go back to his homeland. Suddenly, Our Lord appears to him to thank him for his gifts and most of all, his kindness. Artaban is confused and tries to explain that for the last thirty years he has been looking for Jesus Christ and has never found Him.

Our Lord reminds him that whatever he did for others it was really done to Him.

Artaban learned that by helping others he was actually helping Christ. It was Our Lord Who Artaban found sick on the road when he gave him the sapphire to buy medicine. It was Christ as the poor baby Who Artaban saved by parting with his ruby. It was Christ as the slave Whose freedom Artaban bought with the pearl. Artaban later understood that by assisting others he was truly helping Our Lord.

This story tells the reader about the great desire of the long searching pilgrim, and how he generously gave away one by one all his gifts to the needy.

Artaban’s sympathetic nature forced him to wander through his journey, delaying him from finding the Christ Child. After his gifts have been given away Artaban believes he has failed his mission. The touching story recalls to the reader’s mind the verse:

Artaban learned that by helping others he was actually helping Christ. He almost did not need to travel to find Our Lord because He was always more nearer than Artaban thought.

Henry van Dyke's novel, The Story of the Other Wiseman has caught the imagination of filmmakers and is now a major motion picture starring Martin Sheen as Artaban. 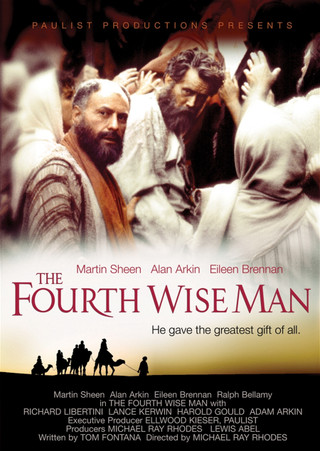 The Fourth Wise Man dedicatedly follows the book as Artaban spends his entire life looking for the King to Whom his fellow Magi brought gifts. Every time he is at the brink of finding Him, he arrives just too late to offer his own homage.

After a long life of search and service to others, Artaban is at last given the chance to find his Lord. Once again, he arrives too late. The Man he has brought his gift to is now carrying a cross up Calvary Hill to be crucified.

Artaban feels his failure until his death, when he meets Christ who tells him that He accepted all his sacrifices and his gifts that were given out of love. Artiban argues, "I never saw you hungry nor thirsty. I never clothed you. I never brought you into my home. I have never seen you until now." Christ replies as He does in the Gospel: "As long as you did it to one of these my least brethren, you did it to Me."