Catholic Devotions To Mary : How We Honor The Virgin As A Prophet, Mother, And Queen Of Victories And Not As A Godess

Catholic devotions are the secret sauce to vigilant Catholic families. Devotions unite families and are the source of much needed graces. Father Peyton, the Rosary Priest, said it best: "The family that prays together, stays together."

The greatest Catholic devotion in the Church is that which sets her apart from other religions: Devotion to Our Blessed Mother. 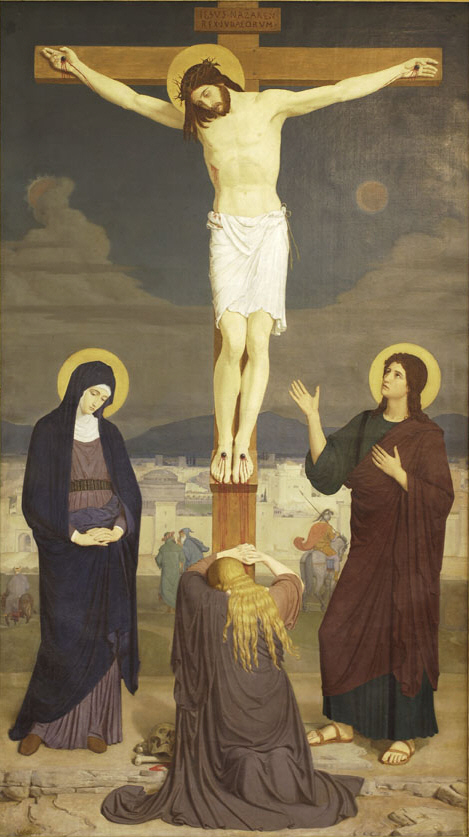 Our Lord's last words to the world were "Behold thy Mother." Because of this permanent attachment to the concerns of the world, Mary has been the only prophet since John the Baptist. She has appeared to men, women and children throughout the ages demonstrating her concern and desire to aid us. From interceding in battles to pleading for the salvation of men, she has shown constant attention and care for us on earth.

To St. Dominic, she expressed her desire for us to meditate on the 15 mysteries of her and Our Lord's life by praying the Rosary. She has appeared several times since, to St. Bernadette, the Fatima children and others, begging them to spread this devotion to her.

To St. Simon Stock, she appeared and gave him the scapular, promising that anyone who died clothed in this brown wool cloth would not suffer eternal fire.

She came to St. Catherine Laboure and gave the human race the miraculous medal. She appeared in La Salette and warned of the trouble and revolution in the Church in which we now live.

She has implored the world for their own good to increase devotion to her Immaculate Heart.

She was given to us by Our Lord, not to worship as a goddess as some other religions think, but simply as a Mother who has the power of heavenly intercession. Her perfect happiness in Heaven is somewhat delightfully burdened with her sometimes sorrowful attachment to the world. She is crowned with the honor of victories, Our Lady of Victory, as well as concerned with sorrow, Mother of Dolors.

Below you will find ways that you can increase your Catholic devotions, especially those to the Mother of God.

Don't Risk Your Soul By Not Implementing These Catholic Devotions Which Aid Families In Increasing Daily Prayer, Saintliness and Keeping Closely United To God

A happy home can be achieved when family members say their prayers morning and night and put their trust in God. Devotions aid families in daily prayer and keep them closely united to God.

Especially suitable for the family are Catholic devotions to the Most Holy Rosary, St. Joseph, the Sacred Heart, the Immaculate Heart and the wearing of the Brown Scapular.

1. A Weapon To Mary's Troops : The Most Holy Rosary 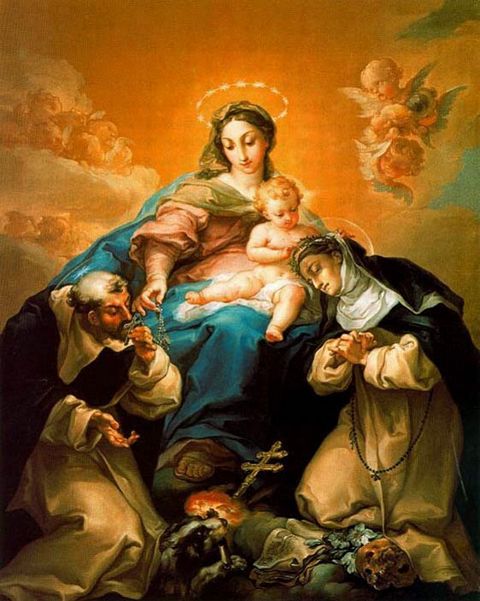 The Blessed Virgin herself taught the Rosary to St. Dominic. At Fatima, the Blessed Mother asked that we pray it everyday. She appeared to St. Simon Stock and told him that the world would be saved through the scapular and the Rosary.

There are many heavenly promises attached to the daily praying of the Rosary. It is a powerful armor against hell, gives special protection and great graces, causes virtue to flourish, protects against great misfortune, and assures answered prayers.

The most important family devotion is the Rosary.

Every night after dinner, or morning before Dad goes to work, kneel down and recite the Rosary as a family. It takes about 15 minutes and is a good opportunity to meditate on the Gospel. 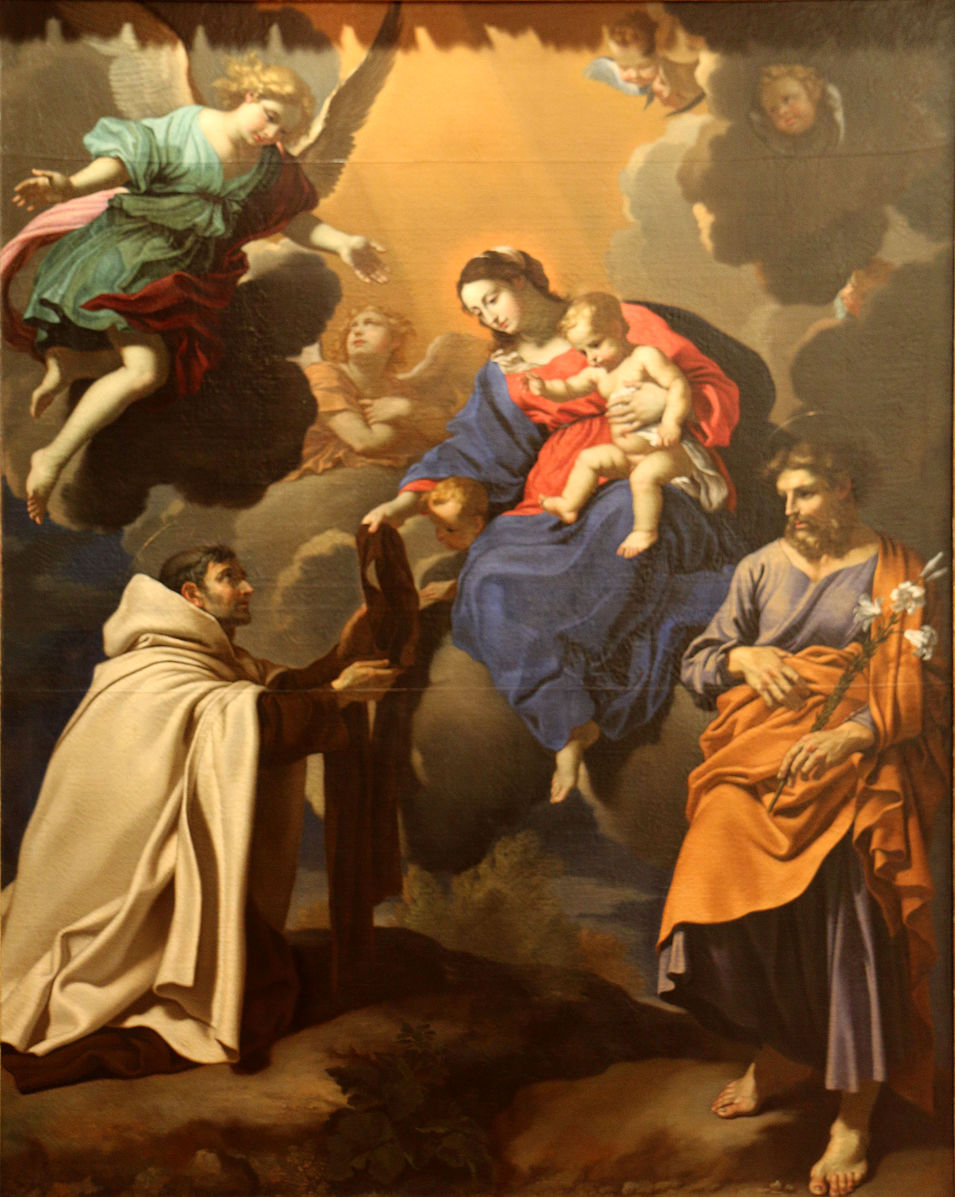 Another devotion given to us directly by the Mother of God is the brown scapular. Each member of the family should be enrolled in the scapular by a priest. They then should wear the scapular and follow the scapular rule:

Promises attached to this devotion include Our Lady's Scapular Promise:

Whosoever dies wearing this scapular shall not suffer eternal fire.

On earth, nothing will ever be perfect, this is the "valley of tears" after all, but there is much peace and grace waiting for those who ask for it though these and other Catholic devotions.

As a family you must ask for it by praying together, making use of Catholic devotions and asking God to watch over and protect your family.

3. Devotion To The Immaculate Heart Of Mary

The Blessed Virgin Mary asked St. Catherine Laboure to have a medal made. This medal is the Miraculous Medal and is part of the devotion known as devotion to the Immaculate Heart of Mary. Watch the short movie here!

This devotion is good for families as it teaches them to imitate Our Lady in all things but especially in her humility and obedience.

Similar to the devotion to the Sacred Heart, this devotion is composed of acts of consecration and reparation and the assisting at holy Mass on five consecutive first Saturdays.

Holy Communion, confession and fifteen minutes of meditation on all fifteen mysteries of the Most Holy Rosary are to be observed as a part of the first Saturday devotions. Praying the daily Rosary, wearing the brown scapular and faithfully fulfilling daily duties are also part of this devotion. All of which bring families closer to God.

Accompanying the enthronement to the Sacred Heart, an image and consecration to the Immaculate Heart may be done and both images should be displayed and honored side by side.

4. Devotion To The Sacred Heart Of Jesus

I will establish peace in their families.

This is Our Lord's promise to St. Margaret Mary Alacoque whom He asked to spread devotion to His Most Sacred Heart by acts of consecration and reparation.

He also promised to bless the homes where an image of His Sacred Heart is "exposed and honored." Families should definitely adopt this devotion!

There is an enthronement to the Sacred Heart that every family should perform. It is a beautiful ceremony and you can learn more about it by asking your parish priest. This act should be renewed on the feast of the Sacred Heart each year. 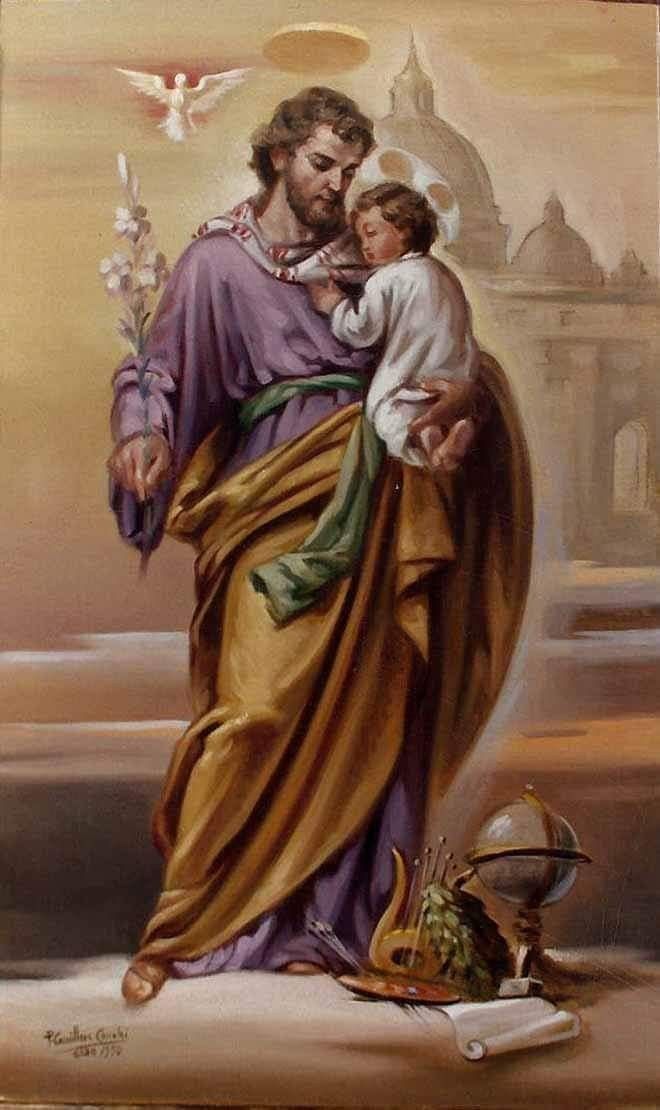 There are two feast days to this great patron and protector of families. The first is on March 19 and another on May 8, which is a solemnity and a first class feast day!

Pray to this powerful patron for any need your family may have. 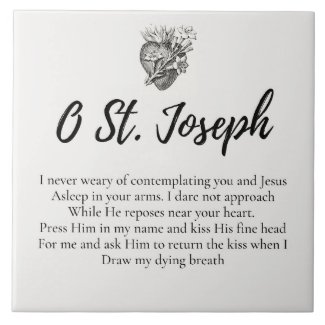 One of the oldest prayers that our Church has is the following one to St. Joseph. This prayer dates to the first century. It became widely popular when the Pope sent it to Emperor Charles when he was going into battle. Included with the prayer was this paragraph:

Whoever reads this prayer or hears it or carries it, will never die a sudden death, nor be drowned, nor will poison take effect on them.  They will not fall into the hands of the enemy nor be burned in any fire, nor will they be defeated in battle.

It is to be said as a novena (for nine consecutive days). It has seldom been known to fail.

O St. Joseph, whose protection is so great, so strong, so prompt before the throne of God, I place in thee all my interest and desires.

O St. Joseph, do assist me by thy powerful intercession, and obtain for me from thy divine Son all spiritual blessings, through Jesus Christ, our Lord. So that, having engaged here below thy heavenly power, I may offer my thanksgiving and homage to the most loving of Fathers.

O St Joseph, I never weary of contemplating thee, and Jesus asleep in thy arms; I dare not approach while He reposes near thy heart. Press Him close in my name and kiss His fine head for me and ask Him to return the kiss when I draw my dying breath.

St. Joseph, patron of departing souls, pray for me. Amen 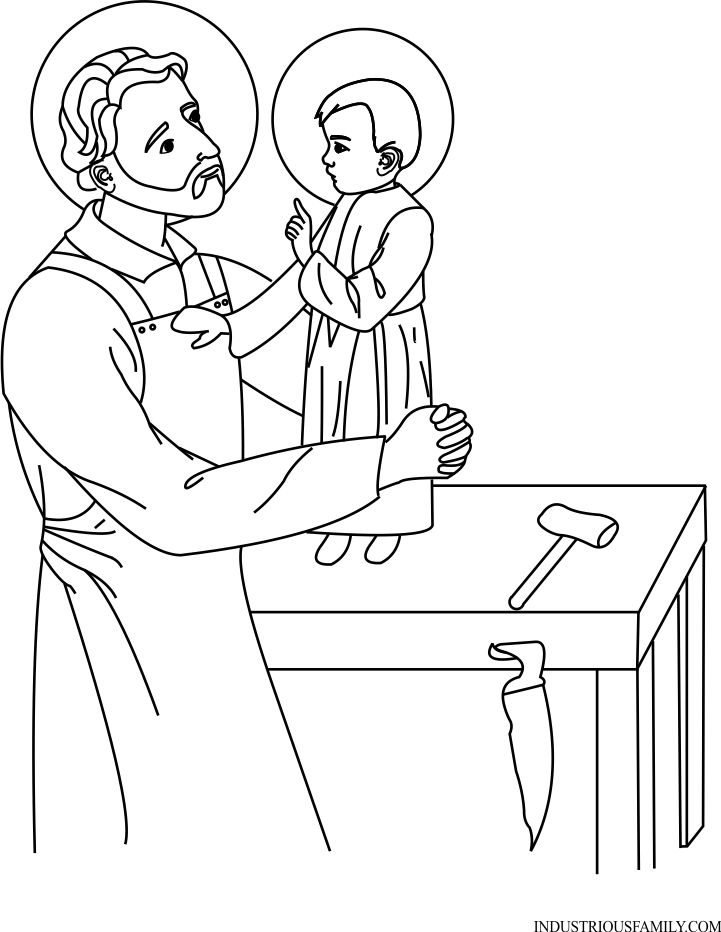 God raised St. Joseph to the highest sanctity, and fitted him to be the spouse of the Blessed Virgin Mary and foster-father and guardian of the Incarnate Word.

Being the shadow of the Eternal Father upon earth St. Joseph had every virtue that is most admirable in a man. Sacred Scripture says that St. Joseph was a just man, he was pure and innocent, gentle and tender and worthy enough to be called the father of Jesus. He was a lover of silence and a comrade of angels.

You may notice the youth portrayed in this St. Joseph coloring page. To paraphrase Fulton Sheen says that the image of an aged St. Joseph was used in art "in order to better safeguard the virginity of Mary. Somehow, the assumption had crept in that age was a better protector of virginity than adolescence. Art thus unconsciously made Joseph a spouse, chaste and pure, by age rather than virtue...

"To make Joseph appear pure only because his flesh had aged is like glorifying a mountain stream that has dried. The Church will not ordain a man to the priesthood who has not his vital powers. She wants men who have something to tame, rather than those who are tame because they have no energy to be wild. It should be no different with God...

"Joseph was probably a young man, strong, virile, athletic, handsome, chaste, and disciplined; the kind of man one sees sometimes shepherding sheep, or piloting a plane, or working at a carpenter's bench.

"Instead of being a man incapable of love, he must have been on fire with love...Instead, then, of being dried fruit to be served on the table of the king, he was rather a blossom filled with promise and power. He was not in the evening of life, but in its morning, bubbling over with energy, strength, and controlled passion."

I consulted a few sources for this article which include: https://www.fisheaters.com/sh.html, "Prayers and Heavenly Promises" by Joan Carroll Cruz, and Father Lascance's My Prayer Book.