Looking for a few titles to keep teens sharp during the summer months? Below are several book reviews for teens. This list is mostly geared toward young boys but everyone will enjoy these stories. For book summaries for teen girls, visit here.

Every summer, challenge your kids to read 6 books. Reward them at the end of the summer if they finish the 6 books. This keeps kids academically challenged during the summer break.

It will give your children a goal and activity during their break as well. The conversations about the books are enjoyable for all. 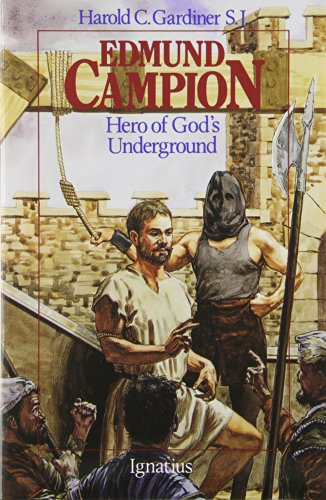 Top on our book reviews for teens is Edmond Campion, Hero of God’s Underground by Fr. Harold C. Gardiner S.J. During the tumultuous reign of Elizabeth I, no name stands out more than that of St. Edmond Campion.

Written by the Jesuit Fr. Harold C. Gardiner, the short story (only 13 chapters) walks alongside the hero priest starting from his return to England, his ministry among the persecuted Catholics, his arrest and finally, his martyrdom.

This inspiring story paints Fr. Campion in all his courageous, daring and almost rogueishlike splendor. Never loosing sight of the fact that he was also a priest, the “Champion” also displays his zeal for the Faith as he himself rights in his “Brag”,

I have taken upon me a special kind of warfare under the banner of obedience…to cry alarm spiritual against foul vice and proud ignorance, wherewith many of my dear countrymen are abused.

This brilliant scholar went further as to challenge any Protestant in debate on matters of the Faith saying that he avouched his courage to the Majesty of Jesus Christ “and such affiance of His gracious favor, and such assurance in my quarrel, and my evidence so impregnable.” Of course, at his sham trial, he was denied the fair chance of debate.

The story follows Campion through his betrayal, capture, imprisonment, trial and to the very steps of the gallows. St. Edmond Campion was one of the few people who could have been executed for treason against the crown while his own sovereign wished there were more loyal men like him.

This short Vision Book, printed by Ignatius Press is a “compelling story for youth” which recounts the daring, zeal and loyalty of one of the brightest jewels of England, the century and the Church.

Next Up Book Reviews for Teens - The Little Duke 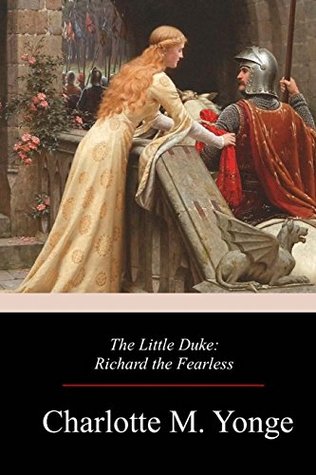 Next up on our book reviews for teens is The Little Duke by Charlotte M. Yonge. Richard the Fearless shows that no matter how small you are, you can still accomplish great things. This book, illustrated by Beatrice Stevens and published by Lepanto Press, has a copyright of 1923.

The reader finds himself in 10th century Normandy in a world of lords and ladies. When Richard the Fearless’ father is assassinated, he becomes the duke of Normandy at the tender age of eight. Because of his youth, the wily King of France intends to get him under his thumb in order to control Normandy.

In this historic fiction, Richard discovers true humility as he learns that his place in life is a place of both authority and vulnerability. He may be the most powerful man in Normandy, but without the help of his loyal countryman, he is entirely at the mercy of the French king.

Richard is the duke of Normandy as well as the hero of the novel. He is a developing character who is both good and kind. Richard's polar opposite is Prince Lothaire, heir to the French throne. Richard is sent to be raised with him for a short while.

Prince Lothaire is selfish and mean. He is also a developing character as he eventually admits to Richard that had they spent more time together, he might have been good like him.

Sir Eric de Centeville is a static character, ever loyal. He becomes the guardian of Richard and shelters him from the French king’s plots.

Richard is made a prisoner to the French king but is rescued by his faithful Norman countrymen. He escapes to Normandy and in the end rules peacefully. He forgives all those who plotted against him.

This true-to-life story was well written. Descriptions of landscape and architecture transport the reader to the 10th century. This is a great read and will be enjoyed again and again. Young readers can relate to Richard as he is a child throughout most of the story.

As this is one of our book reviews for teens, young people will enjoy witnessing how Richard matures into a noble hero. “His gallant deeds had well earned for him the title ‘Richard the Fearless’—a name well deserved; for there was but one thing that he feared and that was to do wrong.”

Though he is a child, Richard is also the Duke of Normandy. This rare circumstance teaches him true humility and an understanding of his state in life. The reader learns that, no matter where one is placed in life, it is important to foster true humility and obey those that are an authority over him.

And Our Last Book Reviews for Teens: Captains Courageous 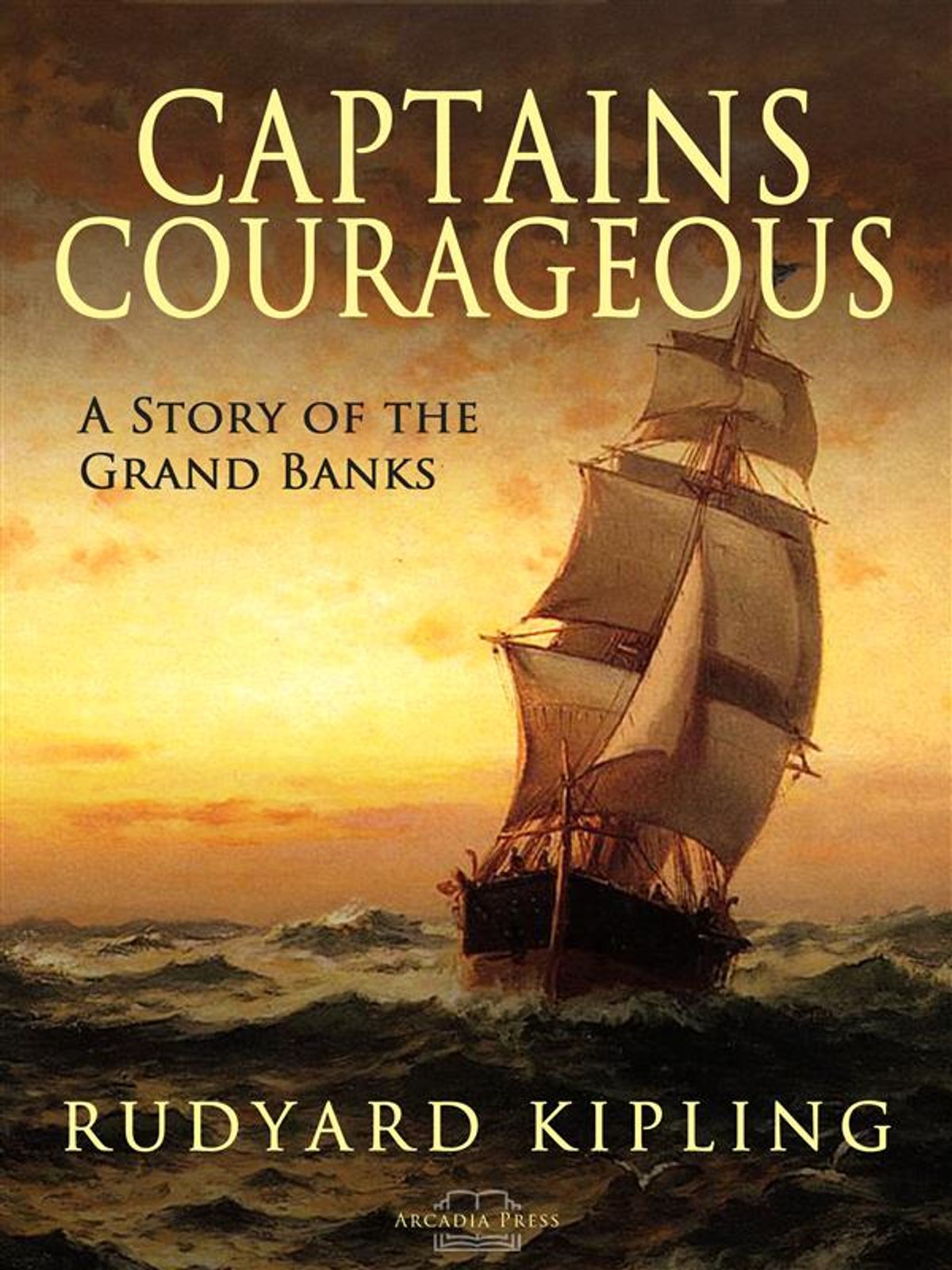 Rudyard Kipling’s novel, Captains Courageous, follows the story of an indulged young boy from New York and his amazing adventure that follows when he falls off his father’s steamer onto a skipper out in the middle of the Atlantic.

Harvey Cheyne learns to live with a rough but caring group of fishermen in the long months of May through September.

The main character, Harvey Cheyne, shows the development of the more masculine virtues throughout the story. Harvey learns to swap stubborn pride for pride in the work of his own hands, idleness for industry, and indifference for respect.

In the beginning of the story, Harvey is proud of the “man” he is becoming. He is proud that he smokes cigars and is able to hold his own with the other men who dare not disrespect him because of his father’s influence. Harvey is in for a rude awakening of what real men are like when he meets Disko Troop.

Disko is not about to be sassed on his own ship or be called names by a stripling boy. Harvey soon learns he must change his tune if he wants to live long enough to return to New York. Disko teaches Harvey the comfort of a job well done; what the healthy pride of self-sufficiency feels like.

Harvey not only loses his childlike pride, but he also learns the value of industry. Another thing Disko is not going to stand on his ship is an idle stander-by. Despite what Harvey says about his father being a multi-millionaire, Disko insists he works on the ship and get paid for his work at the end of the trip.

Although he never took the time to think about it, Harvey felt empty even though his every whim was granted. His empty feeling came from his idleness.

Harvey finds that, although he is dog tired every night, he is happier working hard with Disko than rolling around lazily in the lap of luxury. He realizes that money does not mean happiness, a feeling of self-worth is really the best feeling on earth.

As the son of a multi-millionaire, Harvey walks all over his mother, delights in her worries, and has no respect for any man. He couldn’t care less what people think of him, as long as they do what he wants through persuasion, coercion, or threats. When he is surrounded suddenly by a crew of men who really care about each other and him, Harvey discovers how unsympathetic he is.

When he returns home, the author writes this of his father’s thoughts on the change in him, “He distinctly remembered an unsatisfied, dough-faced youth who took delight in ‘calling down the old man’ and reducing his mother to tears—such a person as adds to the gaiety of public rooms and hotel piazzas, where the ingenious young of the wealthy play with or revile the bellboys. But this well set-up fisherman did not wriggle, looked at him with eyes steady, clear, and unflinching, and spoke in a tone distinctly, even startlingly respectful.”

Captains Courageous is a story that I have always been familiar with from the 1937 film adaptation, but I had never really read the book. I’m really glad I did this summer. Movies can be good, but there is something about a book that gets you more involved and they usually have crisper morals.

This book brought Harvey Cheyne from the road of being a useless, discontent, maybe even a drunkard person to the high road of having learned a trade and having the comfortable feeling of being useful. To end our last book reviews for teens, I highly recommend this story to anyone who wants a good read about a boy learning what it really means to be a man. 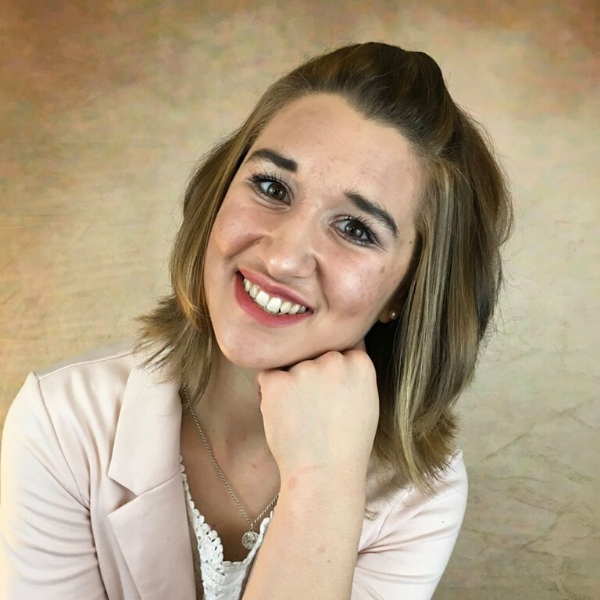 Mary Bowen is a founding member of industriousfamily.com. Not only is she our resident artist but she is also a choir director, GAPS dessert guru, Angora lover, and director at Industrious Family Films. Always cheerful and optimistic, Mary loves sharing her gifts with others. She has walked the Chartes pilgrimage twice and hopes to go as often as is realistic. Her first movie, Outlaws of Ravenhurst premiered in 2018.