Outlaws of Ravenhurst book summary tells of an action packed and inspiring novel young readers will love! First published in 1923, Sister M. Imelda Wallace blends adventure with Faith to make a novel which will delight readers of all ages. 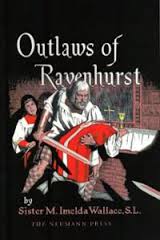 This story explores not only the Gordon's faithful Catholic character, but also Sir Roger's and Godfrey's evil and conniving characters.

Find yourself in the vivid setting of Scotland in the years following the Protestant Revolt, mid-seventeenth century. George Abell, actually the Gordon, never thought of a life different from the one he led as a farmer's son in Maryland.

When a stranger arrives telling him that he is actually a Scottish laird and brings him to Scotland, the Gordon realizes that there are "worse fates than a farmer's toil."

The Gordon is accustomed to freedom of religion from his life in America. Raised by strong Catholic Maryland farmers, the Gordon knows his Faith well. 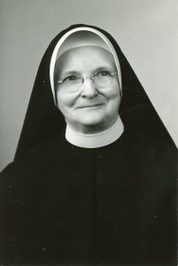 When he is suddenly taken from those he knew as his family, the Gordon must hold on to the advice of his American foster-father:

"No man can lead you into sin if you don’t follow him. You will have to stand on your own two feet and be a man. But remember one thing: there is nothing worth buying, not fast horses nor fine houses. Not even a place in the King’s court, if the price you pay is the fires of Hell forevermore.”

The Gordon finds sticking to his Faith is hard when surrounded by only those who mock it.

“One thing stands in the way,” Uncle Roger tells him. “This one thing will ruin all if you have not the sense to give it up. You cannot be Catholic and win back to Ravenhurst her rightful place in Scotland.”

But even the wise Godfrey is mistaken, “In later years, when it is a choice between lands, castles and the king's favor, or the Catholic Faith and poverty, there may be a struggle, but trust me, Faith will go to the wall.”

The Gordon is too hard-set in his Catholic faith to give it up for anything, even life itself. In this Outlaws of Ravenhurst book summary, we can safely reveal that Sir Roger and Godfrey are about to discover the true strength of the well-reputed Gordon will.

Going Way Beyond An Outlaws Of Ravenhurst Book Summary

Outlaws of Ravenhurst was our first full length film. Making it was such a blast. We documented the Outlaws journey here.

If you love Outlaws as much as us, you are in for a real treat! Stream Industrious Family Film's Outlaws of Ravenhurst for free here.

Start your Outlaws obsession by checking out our Outlaws Photo Gallery!

We get a kick out of blooper reels. How about you? Watch the Outlaws of Ravenhurst blooper reel here.

Our premiere couldn't have been any more of a success. Jim Morlino was a guest speaker, the venue was at the fabulous Kasteel Noz, and the evening was spectacular. View our Outlaws premiere details here.

After checking out the premiere details be sure to visit the meet the cast page to see all the talent that went into making this movie.

Great Grandma loved Neil Diamond. So we all became Neil Diamond fans by default. We're sure you'd agree Neil Diamond's "They're Coming To America" could not have matched the Outlaws storyline better! We just had to make a throwback and you're going to love this music video.

Take your obsession to the next level by hosting a Scottish theme party. Start by reading up on a few interesting facts from the history of Scotland.

Don't forget to purchase copies of Outlaws of Ravenhurst to give as party favors.

Another great way to celebrate Scotland is to read Robert Louis Stevenson's novel, Kidnapped, which takes place just after the Jacobite uprising.

For God And Our Lady - Outlaws Of Ravenhurst Book Summary 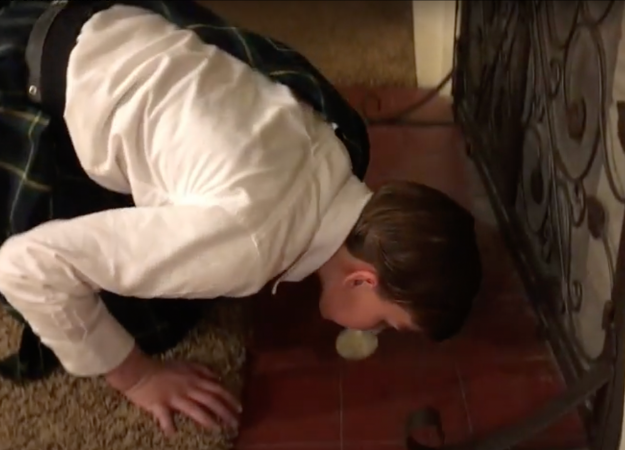 The Gordon reverencing the spot of the Precious Blood spilled on the hearth.

The Gordon family is renowned for its strong will. The Gordon who we are concerned with is no exception. Being raised by farmers, the Gordon is well disciplined. Instilled deep in his soul is a love for the Catholic Faith.

When flattery and hate for the religion of his youth is suddenly lavished on him, the Gordon goes into complete revolt.

His convictions and love for the faith are strengthened by a conversation with his mother, brief but filled with love for everything the Gordon values. He also meets his uncle, Father Stephen, who gives him the Sacraments.

When Roger finds out that the Gordon has received the Sacraments, he is livid with rage and intent on bending the Gordon will through cruelty. The worst punishment he can come up with: locking the Gordon in his bedroom without food and water "until you promise to quit the Catholic Church once and for all."

"Weakling Of The House Of Gordon" Sir Roger 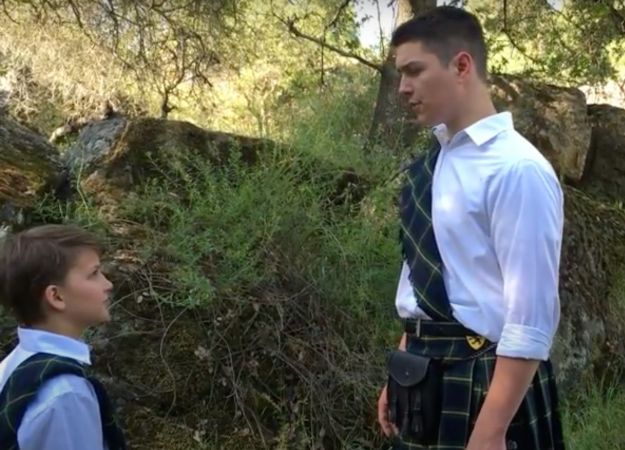 Roger is happy to find that he has a ten-year-old nephew living in America. A child's faith is easily turned and can be groomed into the man Roger wishes he could have become.

Roger is sadly disappointed when he finds that the Gordon has a very deeply rooted faith that is not easily shaken by threats nor turned by glittery promises.

After he is over his first disappointment, Roger remains hopeful for his plan to work. Yet it seems every time the Gordon is on the brink of giving in he suddenly turns stubborn and refuses to budge from his "childish" faith.

Maybe the plan could be effected better without the young Gordon, but how is that to be accomplished without looking suspicious? 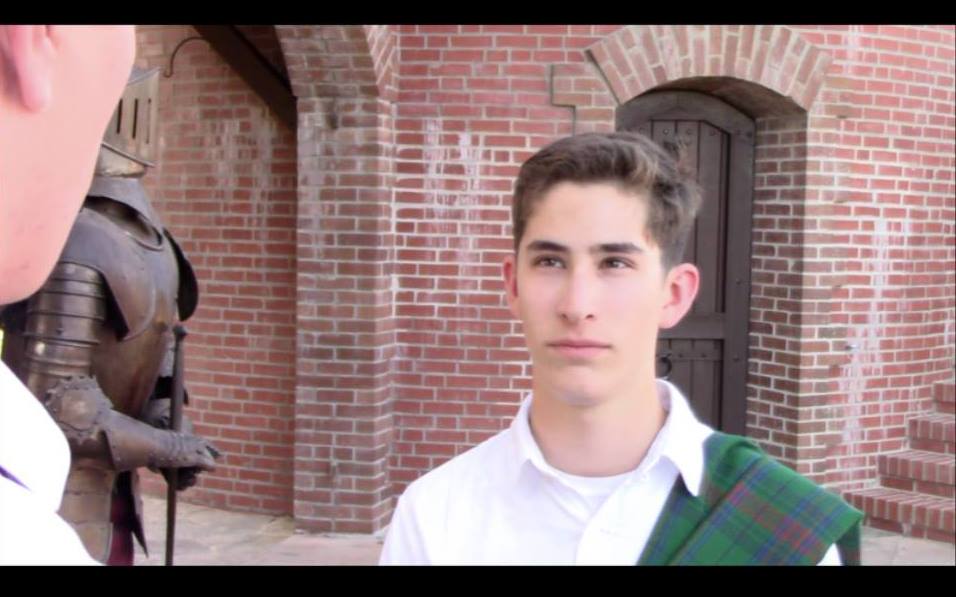 Godfrey has a way of finding out everything he wants to know. What is more, he has Sir Roger wrapped completely around his finger.

As Sir Roger's "advisor", Godfrey runs the show. He takes a slow approach at winning the Gordon over to his and Sir Roger's cause. Through flattery and praise, he is sure of victory over the young boy with the strong will.

Godfrey understands the value of a strong will, his only goal is to "turn it from his Faith to what we wish." He has succeeded with gaining Sir Roger's complete trust, now he must work on the Gordon. Of course, if it is an impossibility, the Gordon is surely disposable.

This Outlaws of Ravenhurst book summary shows how well Sr. M. Imelda Wallace understood the mind and faith of a child. What is better, she knows how to capture readers and keep their interest throughout the book. Outlaws of Ravenhurst is an excellent book and a classic for Catholic readers.

This book reminds us of our past and encourages us for the future, come what may. It is the tale of a loved young boy and his first experience with the temptation to give his faith up for riches, human respect, and honor. His struggle is heroic and his reaction one that would make a strong man proud.

As you can tell by reading this Outlaws of Ravenhurst book summary, this novel is one of our favorite books. And so, it is no wonder that Outlaws Of Ravenhurst was Industrious Family Film's first feature-length film.