The Jesuit Martyrs of North America "Saints Among Savages" is the blood-curdling story which traces all eight of the Jesuits who watered the American frontier with their martyrdoms. These heroic men demonstrated an unbeatable love for suffering, love for their tormentors, and finally, their love for God. 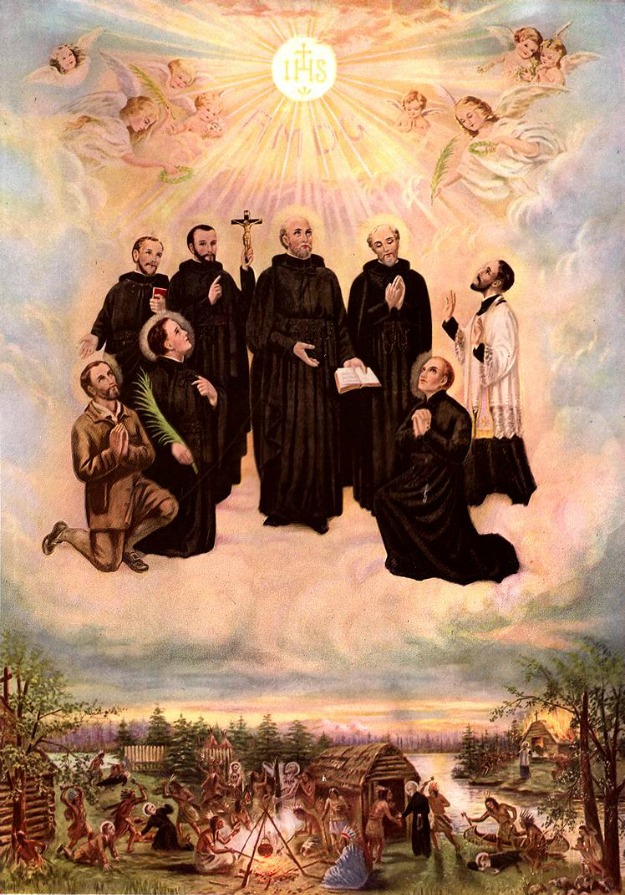 This audio book can be downloaded from Keep the Faith
Download Here!

This book is composed of the letters that the Jesuits sent back to their superiors in France which relate their sufferings and hardships in the New World. In these letters the Jesuits document all they suffered for their enemies, the Mohawk and the Iroquois Indians. In the end it costs the lives of the the uncountable martyred Jesuits for Christianity to take firm root in America.

Watch Our Short On The Jesuit Martyrs Here...

A Love For Suffering

The Jesuits possessed an unsurpassable love of suffering. St. Isaac Jogues is a shining example of this when his fingers are chewed off and his thumbs sawed off, he still thanked God for giving him the opportunity to suffer. 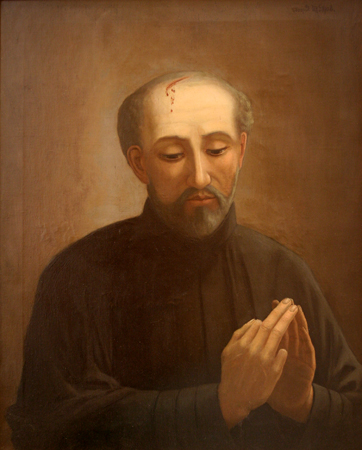 The Jesuits manifested a love of one's enemies. The Jesuit Martyrs died because they loved the Indians, they knew that in order to save them from paganism it would cost them their lives. All died horrible, almost indescribable deaths at the hands of the Indians. Some like Rene Goupil and Fr. Isaac Jogues were tomahawked. Others, like Gabrielle Lalemont were killed while boiling water was poured over their heads and thus damaging their brains. While others, like Noel Chabanel died all alone on a cold winter night.

Through their deaths the Indians realized that the Jesuits must have loved them to come all they way from their pleasant France to die the deaths that awaited them there in the New World.

The Jesuits proved that they loved God above all things. The Jesuits would do anything that was pleasing to God. In fact, as  the Jesuit motto was and still is, All for the Greater Glory of God.

Saint Isaac Jogues once said that his only consolation was dying for God. “But fear no difficulties,” their superior told them, “since it is your only consolation to see yourself crucified with the Son of God.” The North American martyrs loved God so much that they died telling others about Him.

Conclusion To The Jesuit Martyrs Of North America Audio-Book Summary

The Jesuit Martyrs of North America, is the true story of willingness to suffer for love of one’s enemies and for God. The Jesuits proved to possess the love of suffering when they only offered thanks for being given the opportunity to suffer at the hands of the Indians. The Jesuits knew that in order to save the Indian’s souls they would have to die for them. The Jesuits loved God so much that they died telling others about Him.

Although this is a very disturbing book about how Christianity came to our nation, reading about how much the martyrs suffered for the sake of their enemies, allows the reader to clearly see how the North American Martyrs loved suffering, their enemies, and above all, how they loved God.

The reader in the Keep the Faith reading does a very good job keeping the reader focused. His French and Indian Pronunciation are done very well. We listened to this story while on a long road trip and the lives of each martyr is very vividly retold. The listener is introduced to other heroes as well including Samuel de Champlain.

Watch Our Short Film On The Death Of St. Isaac Jogues: Blackrobe Bravery