Jane Austen was born to a minister and his wife on December 16, 1775 who lived in a quiet town in England called Seventon. She lived there, traveling very little, reading much and learning to love literature, until her family moved to Bath when she was twenty-four.

Her father encouraged and enjoyed watching plays his children would perform. Jane wrote and dedicated her first comedy to him when she herself was twelve-years-old. Jane Austen was very close to her sister, Cassandra, who was just three years older than herself. Although she loved the sea, she did not get a chance to see it in person until she was in her early twenties.

These two latter facts are amusing to note because they are reflected in two of her stories, Pride and Prejudice portraying an intimacy of two sisters who are close in age, and Emma showing a wealthy young woman who loves the sea but is only able to see it when her bridegroom brings her to it for their honeymoon. 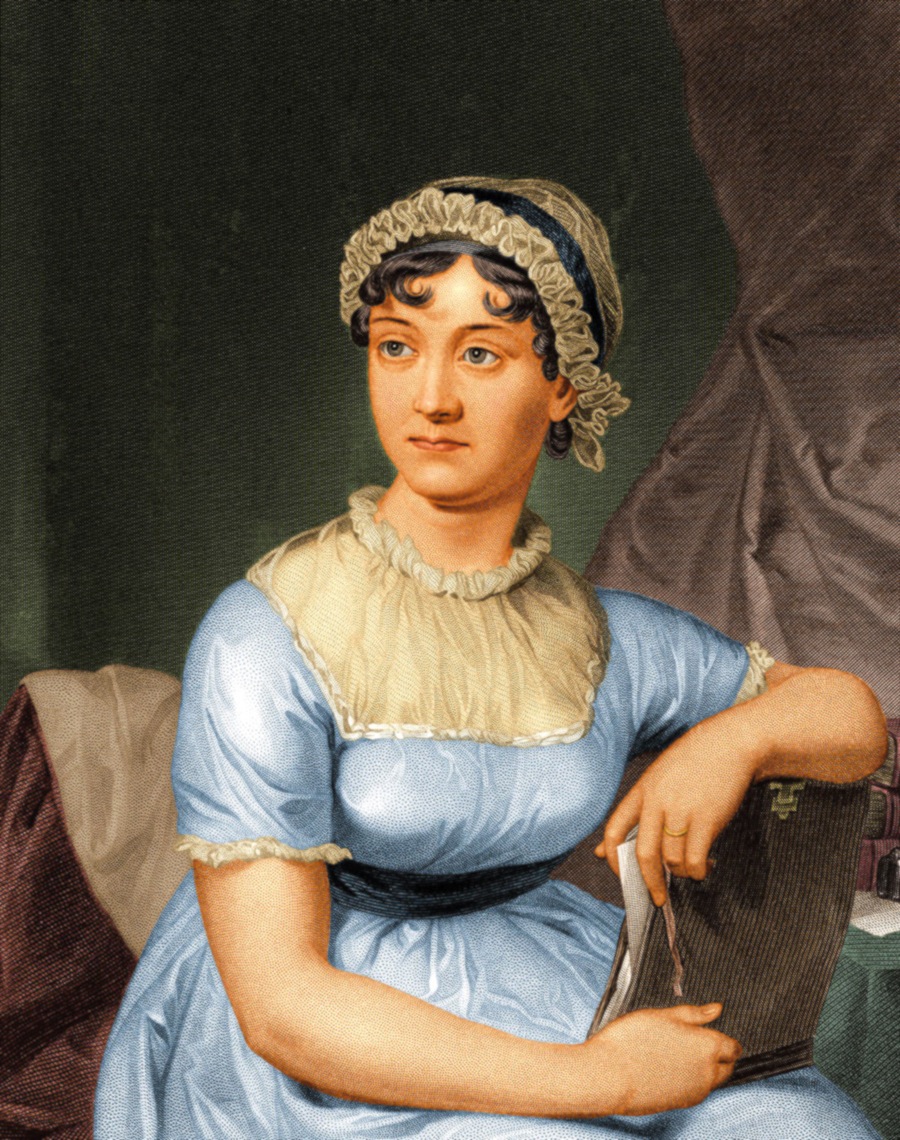 As all of her novels revolve around one or more young women falling in love, it is surprising that Jane Austen herself never married. The truth is that her love died before they got a chance to marry.

She accepted another, but, realizing she was in love with his establishment rather than himself, she fled in the middle of the night that she accepted him and never loved again.

One characteristic that shines in all of Jane Austen’s novels is the way she is able to capture real people's traits and apply them to her characters. All of her characters have a particular familiarity about them because you, as the reader, seem to have already met a person very similar to each character in your own life.

You feel as though you are very familiar with Lady Catherine de Bourg, Elizabeth, Mr. Darcy, and Mr. and Mrs. Bennet from the very page you first read about them because you have met their traits in the people in your own life.

Of course, the characters are really compilations of similar traits put into one person and no one is really so drastic as she paints them, they all do possess true traits that one sees around himself in day-to-day life. In her biography on Jane Austen, Presenting Miss Austen, May Lamberton Becker remarks that she never based a character off of one person, but rather blended many people’s characteristics into one person.

It is also interesting to note that, although each has her own unique personality, many of her novels have a character with the author's own name: “Jane”. It is also very characteristic of Jane Austen novels to always have either a very silly mother for the main characters or a widower raising his daughters without a wife.

Do You Know A Young Woman Who Absolutely Loves Jane Austen Novels? A Jane Austen Birthday Party May Be In Order For Her Next Birthday!

The Writing And Rewriting Of The Most Famous Of Her Works: Pride And Prejudice 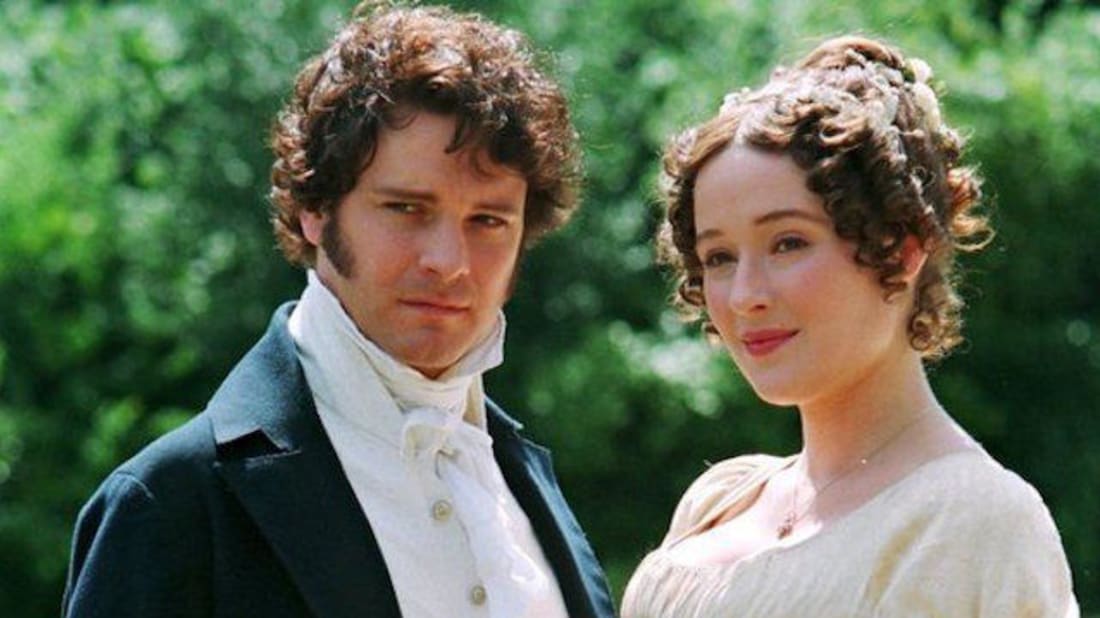 None of Jane Austen’s works were the labor of a few months or even a few years. Although Sense and Sensibility was her first novel, Pride and Prejudice is by far the most famous. Pride and Prejudice itself was the work of many years. It was a secret kept by the family until Jane’s father decided it deserved to see the world in 1797 and saw some publishers in Bath about publishing the work as a birthday surprise for Jane.

It was rejected due to her father’s hazy terms of how he would like to go about publishing it. The publishers had not even been allowed to see the manuscript, much to the relief of Jane Austen.

In Presenting Miss Jane Austen, May Lamberton Becker recounts this relief felt by Jane saying, “The story had almost told itself, but already she could see how it could be told better.” She was, therefore, glad it was not yet set in stone.

At this time the work was known as First Impressions, a very appropriate title due to the first impressions Elizabeth and Mr. Darcy both form of each other and later must readjust.

It was soon changed to what we now all know it as due to a line she read at the end of another novel: Pride and Prejudice. It was finally published in 1813, sixteen years after the planned birthday surprise.

The same Mrs. Becker writes of this work in particular, “Whoever reads it once reads it again, and the more nearly he knows it by heart the more often he reads it.” This couldn’t be more true. Ever since its appearance in 1813, Pride and Prejudice has been read and reread by the young and old of every generation. It has become a well-known and well-loved classic.

Although the story does have a strong lesson as it teaches the reader not to be blinded by either pride or prejudice, the story’s main purpose seems to be to entertain readers. Mrs. Bennet’s ridiculous and child-like behavior although well into her fifties with five adult daughters, brings a smile to both the reader’s and Mr. Bennet’s lips.

Mr. Collins’ stumbling confession of an arms’ length love brings the same feeling of bewildered amusement. Jane Austen’s easy writing style makes it feel as though you are sitting and drinking tea with the great author and she is telling you about a few of her friends’ romantic lives. It is as though she is talking to you in a very informal and understandable way. She writes exactly as you would hear her speak.

Immortalizing The Regency Era With Her Writings 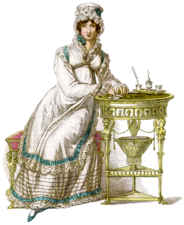 All of her works were written to be set in present time for Jane Austen. The characters were in such a setting that they could easily have been met by herself in the street and asked to dinner. This fact adds to the realistic atmosphere of the entire novel.

The reason no one feels overdone and exaggerated is because they all think and act the way that people thought and acted in Jane Austen’s own country and her own time. She was not writing of people who lived in the past but of those who were living in her own time.

I read in the back of our copy of Ivanhoe this tribute to its author, "Because of Scott's example and his enormous success, an attempt at historical fiction became routine for serious novelists in the nineteenth century. In his immediate wake, most of the nineteenth century heavyweights...(Jane Austen did not and was criticized for it.) Charles Dickens set A Tale of Two Cities in London and Paris during the French Revolution."

Although she did not write a historical fiction, it is fair to give her an important different role in the course of history: immortalizing her own era. Because her novels are so strikingly life-like, they have survived centuries and several film adaptations have been made of every work.

Pride and Prejudice is written with such excellence and wit that it is no surprise it has charmed readers for over two centuries. Although it is only one among the six of Jane Austen’s major works there is a reason it is a favorite among readers. Her other five major works are Sense and Sensibility, Mansfield Park, Northanger Abbey, Persuasion, and Emma.

To put in perspective how well-liked Pride and Prejudice, the work of a young minister’s daughter living in Bath in the early nineteenth century, is to this day, there have been no less than seventeen movies adapted from Pride and Prejudice to date.

Although not particularly a contemporary because she is a generation or two younger than Jane Austen, Charlotte M. Yonge is another English novelist whose works we enjoy reading. They are not quite so brutally honest about real-life characteristics, with the characters sometimes displaying angelic qualities that are rare to find, especially unending forgiveness. Our favorite novel by her is A Tale of the Wars of the Roses, the inspiration for our Grisly Grisell film.

Although I have never seen it and therefore cannot testify to its storytelling, there is a film about Jane Austen that I am very interested in watching called Becoming Jane. I did hear that there is an inappropriate scene in it, but anything is safe to watch with VidAngel the streaming service that allows you to choose what you want to see and hear! If you are a Jane Austen enthusiast, this is a film worth investigating.

With VidAngel you can stream thousands of movies and shows! You pick what you want to see and hear with this month to month service.