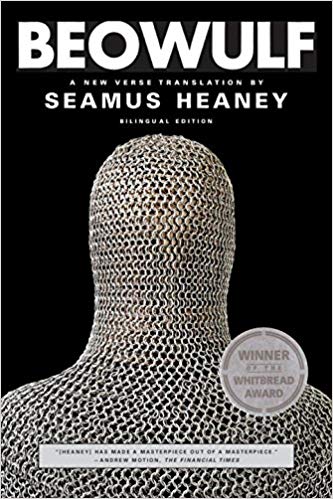 Countless names from history rise to our minds when we think of examples of courage, outstanding achievements, and noble qualities.

The meaning of hero is embodied in the ancient tale, Beowulf. The central figure, Beowulf, possesses and displays the virtues that are essential as king and warrior in a pattern that modern readers should study.

Beowulf As A King

Beowulf shows that a good king wins glory and safety for his people and is the bulwark of the nation. By fostering the Geats to be a strong power, no other nations dared to raise troops or attempt to intimidate Beowulf’s kingdom. Beowulf takes what comes and cares for and stand by the things that are under his charge. He is mindful not to cultivate quarrels with others so as to best avoid making enemies for his people. He is gracious and fair minded, and gives what is in his power with a free hand. When a threat does show itself to the Geats, Beowulf is the first man to lay down his life for them. Beowulf shows that winning glory for others, honor and generosity are virtues that every king needs if he wants to rule his nation wisely.

Beowulf As A Warrior

Beowulf also shows every fundamental characteristic of a good warrior. The virtue that rules all the traits of a good warrior is temperance. A summarizing line from the book relates that “Beowulf bore himself with valour; he was formidable in battle yet behaved with honor and took no advantage; never cut down a comrade who was drunk, kept his temper, and warrior though he was, watched and controlled his God-sent strength and outstanding natural powers.” Beowulf also shows that all a warrior’s achievements in battle are attributed to God’s will and desire for good to triumph. He shows that a warrior must possess humility and not abuse God’s gifts in man’s greatest shortcoming: pride.

Just as Pope Leo, St. Joan, El Cid and Don Juan heroically saved Rome, France, Spain and Europe, our hero Beowulf fosters and protects his own people. Beowulf shows that a good king wins glory and safety for his people and is the bulwark of the nation. Beowulf also shows every fundamental characteristic of a good warrior.

A modern reader can learn from Beowulf the pattern of heroism. He shows when to take the necessary risks for the further glory and safety of fellow men. Nations need heroes to act as the bulwark and step forward as the back-bone during troubled times. A true hero, Beowulf cuts out a pattern of heroism, crowned with goodness and virtue that is rooted in the fear of the Lord.