Susan Peek’s Exciting Adventure Novels About The Lives Of Little Known Saints Are The Best Catholic Books To Read!

Ever read a novel about a saint and found their life inspiring but the presentation lacking in flavor? Finally, a series that incorporates the lives of the saints and adventure. Catholic author Susan Peek knows what you are craving and these are the best Catholic books to read. These novels for teens are the most exciting saint stories you will ever read!

Guaranteed to keep you on the edge of your seat!

We have read all of Susan Peek's God's Forgotten Friends series and highly recommend these books. The titles in the series are: 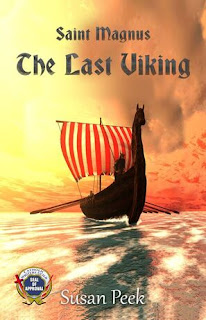 After the late Jarl of the Orkney Isles leaves the kingdom to his eldest son to be ruled jointly with his stronger younger brother, the situation complicates when these two brothers need to choose their own heirs.

After the older Jarl's son is disgraced and disowned, the kingdom is solely ruled by the younger Jarl's son.

Where does St. Magnus come in?

After his older brother, Jarl Aerling is betrayed and killed at the hand of their disowned cousin, Hakon, Magnus must assume the throne. Magnus' life is one of running and escaping the treachery of Hakon who wants to regain his portion of the kingdom. Along the way, St. Magnus harbors only forgiveness and concern of the soul of the man who is hunting him.

This book shows there is joy in suffering. I learned to forgive, to love and care for my neighbor's body and soul.

Saint Magnus the Last Viking is a well written book where Susan Peek's vivid descriptions make the reader feel like they are with the characters. I liked this book. Actually, it is the one of the best books I’ve ever read! I even chose St. Magnus as my confirmation saint after reading this great saint novel.

Crusader King: A Novel Of Baldwin IV And The Crusades 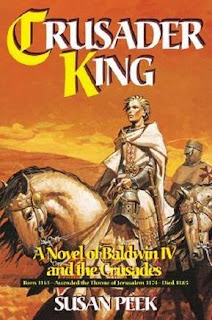 Sometimes you find yourself confronted with duties for which you feel unfit. You know that someone else could do a better job. Often times, you are disappointed to realize that the talented people aren't looking out for the common good.

Like St. Baldwin, continue with your duties and do your best while asking for forgiveness for your weaknesses and the mistakes you may make along the way. This applies to all areas of life, be it in the medical field, the movie-making industry or even in the political arena.

Not much is known about the life of St. Baldwin except that he was a leper. What if you heard his story through the eyes of his friends, family or even enemies who witnessed his physical decay while his spiritual life and virtues were still flourishing?

Susan Peek's Crusader King is such a story. Published by TAN, copyright 2003, this teen novel with is one of the best Catholic books to read will sweep the reader to Jerusalem and other parts of the Holy Land in the years between 1161-1185.

The early crusades are in full swing and the Christian population has been in an unending and bloody war with the Infidel. Unaware of the consequences and in an effort to overcome his fear and disgust for the leper colony, nine-year-old Prince Baldwin demonstrates his charity by kissing the sores of his leper subjects. Soon he experiences the leper’s fate.

Inheriting the throne of Jerusalem, Baldwin becomes the last strong ruler that the Holy Land would ever have despite his illness. As if leprosy was not. heavy enough cross, Baldwin is surrounded by ambitious noblemen, greedy relatives and a deceptive sister. He overcomes these obstacles through his longanimity and royal authority.

Not only does Susan Peek personify a little known saint, St. Baldwin, she also makes us love him.

Saint Cloud of Gaul: The Prince Who Traded Kingdoms 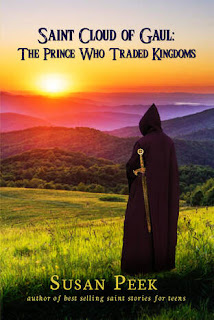 Purchase Saint Cloud of Gaul: The Prince Who Traded Kingdoms

Industrious Family Films is so honored to be sponsored by the Catholic author, Susan Peek. Visit her site and add God's Forgotten Friends to your family library today!

Saint Cloud of Gaul: The Prince Who Traded Kingdoms, by Susan Peek, tells the little known story of St. Cloud, grandson of King Clovis, and his submission to God, trading his royal crown for a hermit’s robe. This book is published by Seven Swords Publications, copyright 2021.

Gaul in the sixth century is anything but peaceful. I know because I’ve been there virtually through this book. After his two older brothers are murdered at the hand of his treacherous uncles, nine-year-old Cloud escapes and spends his life hiding around Rheims and Paris to evade his own murder.

This is his story and his heroic sacrifice of his kingdom for the good of his people and his own spiritual well-being.

The story of the rich man from St. Matthew’s Gospel inspires Cloud. He wishes to give to Christ what the rich man denied. After the death of his brothers, Cloud is taken to Bishop Remigius of Rheims.

This holy man tells him, “God loves each soul so perfectly, so intimately, that He sometimes flips the entire world upside down, just to prove that love.” Cloud doubts that any good could come from the murder of his brothers and the life of a fugitive that lies before him.

Years later, Cloud sees the many sins of his kingly uncles and princely cousins and realizes that God spared him and his brothers from the temptations to the impurity and violence of royal life. He thanks God for saving him and is rewarded in the end with what he longs for most with his entire being: the call to the holy priesthood.

The writing elements of this book are out-of-this-world. As the reader, your emotions fluctuate with the feelings of the characters. Your chest gets tight when you think Cloud is about to be discovered by his evil uncles.

You feel his safety and peace when he prays for protection as well as his surprise as his life takes many a turn. This book would make an excellent gift for your teenagers, no matter the occasion. A Susan Peek motto states: “The saints weren’t boring and neither should their stories be.” This book definitely fulfills her mission. And her mission is they reason that her novels are the best Catholic books to read!

Industrious Family Films is so honored to be sponsored by the Catholic author, Susan Peek. Visit her site and add God's Forgotten Friends to your family library today! -Mary Bowen, Director