Old Testament Stories Are As Intriguing As They Are Instructive

Old Testament stories are about all the brave men and women that lived before Christ. From the heroes that did marvelous deeds to the prayerful poor, this book covers them all.

Get interested in the Bible and learn how God dealt with His people. You're sure to learn from their experiences.

The Bible is probably the best book ever written. Of course it is, because it was written by the best Author; God Himself.

Why Read The Old Testament?

Although very moving, the New Testament is already discovered and talked about all the time. Everyone knows about the Life and Times of Christ. But does everybody know by heart the Old Testament? 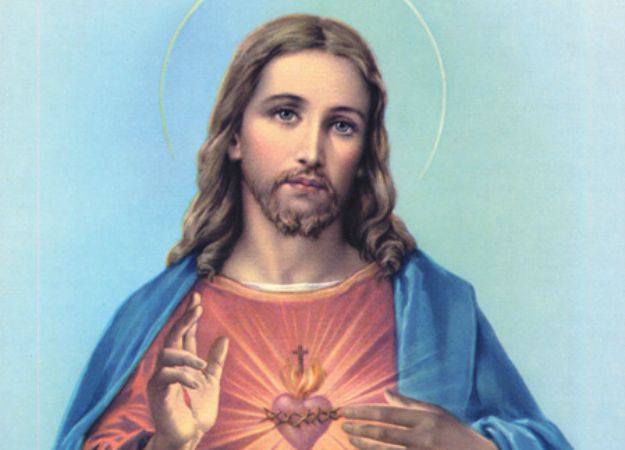 Everyone knows about the Life and Times of Christ.

It is very interesting to read the Bible from the time of Adam and Eve to the time of the Annunciation to learn all about Jesus Christ's ancestors. It is very important to realize why the Jewish nation was in need of the Redemption.

It is even more interesting that Israel is a typology of the Catholic Church. Meaning that what ever Israel went through so must the Church.

Some of the heroes in the Old Testament were women and all typologies of Our Lady. The virtues they displayed she perfected.

Some of the most exciting Old Testament heroines were: Judith, Esther and Ruth.

1. A Sword For Her People: Judith

The very beautiful and young widow Judith is the heroine in the Book of Judith.

After the Israelites turn away from God the Assyrians come as a punishment from God.

The Assyrian general Holofernes sets up guards around the Israelites’ wells. The thirsty Israelites beg their priests to surrender to Holofernes, but Judith is against it.

After many days of fasting and prayer, Judith prepares to face her enemy. The story ends with the horrible death of Holofernes at the hand of Judith. He is taken in by her charm, gets drunk, and she cuts off his head.

Many men wanted to marry Judith but she remaind a widow the rest of her life.

If you are looking for a truly adventurous character, read Judith. 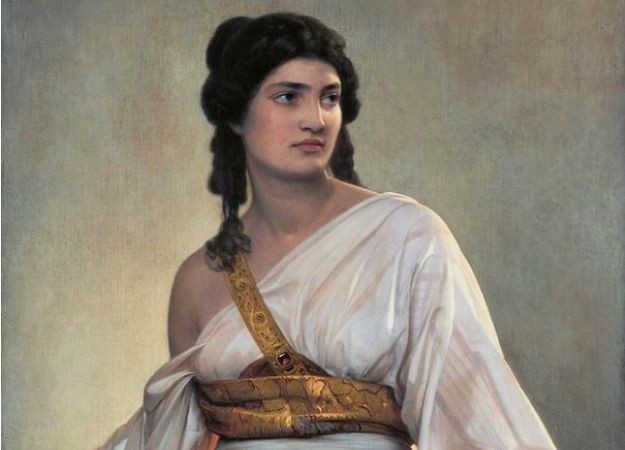 If you are looking for a truly adventurous character, Judith is for you.

2. A Shield For Her People: Esther

The young Esther is chosen to replace the Queen of Persia. She has not yet been queen for long when trouble breaks out.

The jealous Haman wishes to kill her cousin Mardochai and all the Jews, including Esther.

After many days of fasting and prayer, Esther goes to the king to ask for her life and the life of her people. The story ends with the horrible death of Haman, who hangs on the gibbet prepared for Mardochai, and the safety of the Jews.

If you are looking for a bold and daring character, Esther is sure to inspire you. 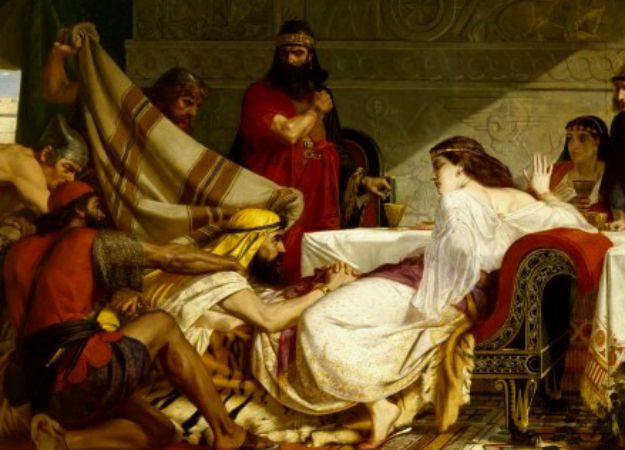 Esther is bold and courageous.

3. Your People Will Be My People; And Your God; My God: Ruth

The widowed Naomi  tells her widowed daughter-in-law Ruth to go and start a new life. But in one of the more touching Biblical moments, Ruth refuses to leave the her mother-in-law, Naomi.

The two leave Moab and travel to the Land of Juda. There Ruth gleans for herself and her mother-in-law their daily bread in the field of Boaz.

Being both beautiful and virtuous, Ruth catches the eye of her kinsman Boaz who marries her and takes care of Naomi as well.

The story tells of the loyalty of Ruth to Naomi and the romance between Ruth and Boaz.

If you are looking for a sweet love story, you will enjoy Ruth. 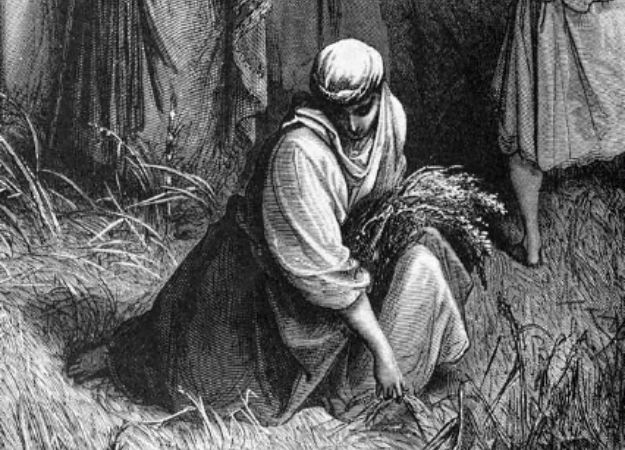 If you are looking for a sweet love story, read Ruth.

Most of the heroes in the Old Testament were men. One of the most exciting included the Maccabee brothers.

4. Live Free Or Die: The Maccabees

If you are looking for a truly adventurous story, you will find the Maccabees interesting.

While the Jews were being persecuted there was in that time a man and his five sons. He and his sons fought for the freedom of the Jews.

In time the man died and his son, Judas took his place. As the story unfolds, one by one the Maccabee brothers die leaving behind them their great deeds.

In the end, freedom cost the lives of all five Maccabees. Peace reigns over the Jewish nation. But not for long.

Another excerpt from this book is the story of the seven sons who are each tortured to death one by one for refusing to give up their Faith. In order to discourage the younger sons, the torturers start with the oldest working down to the youngest. Instead of frightening their victims, the brothers grow stronger in their resolve. Also forced to watch is the boys' mother, whom Cardinal Wisemen praises in Fabiola saying, "the unspoken mother of the Maccabees--who gave up or offered (her) children, not one, but many,  yea all, to be victims whole-burnt, rather than priests, to God."

With elephants crushing people, engines approaching castles and battle after battle, the Maccabee brothers is the perfect tale for an adventurous lad. 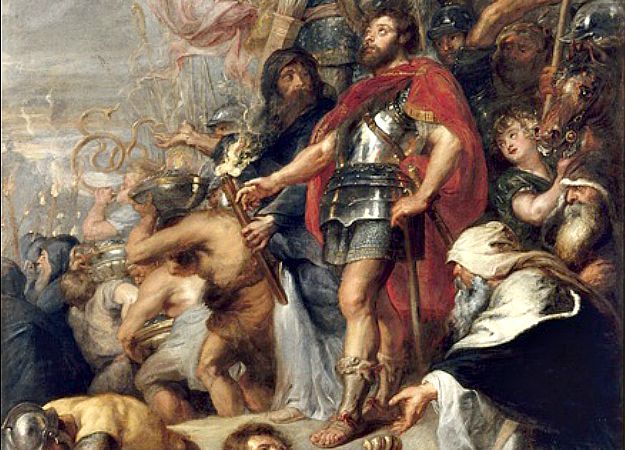 In the end, though it cost the lives of the Maccabees, peace reigns over the Jewish nation. 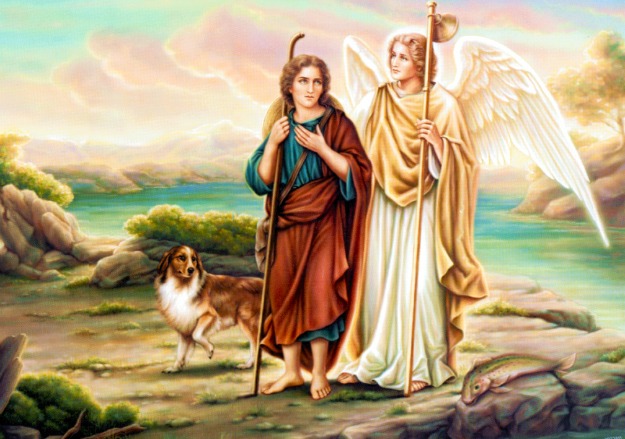 Tobias is the focus of this story. As his father is blind and approaching his death he sends his son Tobias to fetch some money owed to him so Tobias has a small fortune. As Tobias does not know the way he befriends a man who will lead him to the house of Raguel and to a new life.

The Start Of A Journey

Tobias' father tells him he is near his end and to go and gather money that he had lent to a friend. But Tobias asks how he will receive the money: "But how I shall get this money, I cannot tell; he knoweth me not, and I know not him: what token shall I give him? nor did I ever know the way which leadeth thither. "

His father tells him he has a note in the friend's own hand and to show him the note and he will deliver the sum.

Tobias leaves his blind father and his old mother to try to find his way to the land of the Medes.

Along the way he meets the angel Raphael in the form of a young man. Tobias asks the man if he knows the land of the Medes. The angel answered that he knew the land well.

Tobias then asked if he could lead him there. The two set out together to the Medes. Along the trip, "Azarias" showed excellent examples of friendship like when he saved Tobias from almost being eaten by a large fish.

They reach the house of a man named Ruguel, who is a relative to Tobias' tribe. Raphael tells Tobias to take Ruguel's only daughter, Sara, as his wife.

Then Tobias asked, "I hear that she hath been given to seven husbands, and they all died: moreover I have heard, that a devil killed them.  Now I am afraid, lest the same thing should happen to me also: and whereas I am the only child of my parents, I should bring down their old age with sorrow to hell." 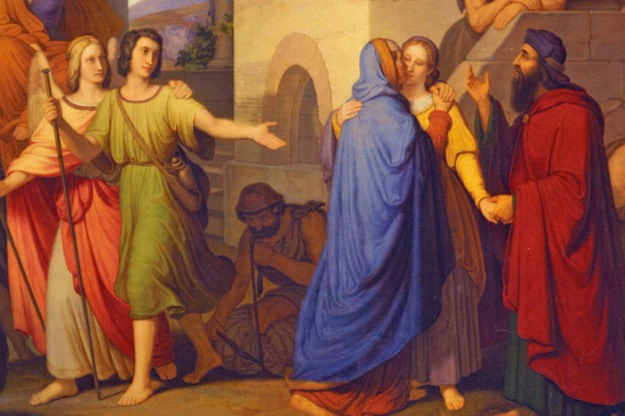 Raphael tells him if Tobias and Sara pray for three days the devil shall be driven away. Tobias takes her and prays with her. On the third night, at the command of Raphael, Tobias burns the liver of a fish and the angel cast the devil into Egypt.

Tobias can then enjoy his wedding feast and spend as much time as possible with Roguel and his wife Anna. The angel Raphael goes to gather Tobias' money for him.

After he returns, Tobias, his wife Sara, Raphael and herds of livestock (as a gift from Roguel) all travel back to Tobias' lonely parents. Here, the angel helps for the last time. He heals Tobias the elder of his sight and reveals his true self to them and returns to heaven. 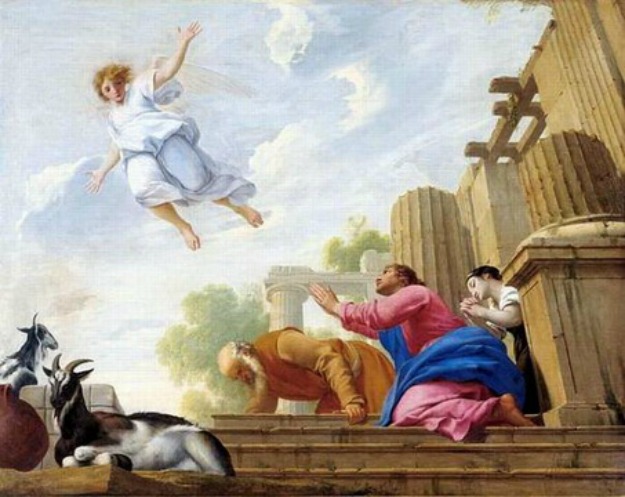 These are our favorite Old Testament Stories. We hope it whetted your appetite to read more. Come back and tell us about your favorites!

Old Testament stories are fascinating! Which one spoke to you the most? Give us a little summary to encourage others to crack open their Bible!

Click the links below to read about other Old Testament Stories, or share your own using the form above.

Faith In The Old Testament Not rated yet
Many people in the Old Testament showed faith in God. Three old testament characters who were outstanding examples of faithfulness were Noah, David and …