Everyone likes a good movie. Not just a movie with good acting and an entertaining storyline. A truly good movie. With all the evil in the moviemaking industry these days, it can be hard to decide if you even want to get the DVD player going just to be disappointed or scandalized.

That's why we are providing this page for you. On this page, you will find Catholic movie reviews. Each of the titles listed here is made by Catholics for Christian audiences. Enjoy the wholesome entertainment being brought to you through these films that were made just for people like you. Enjoy!

1. Our Catholic Movie Reviews List Would Not Be Complete Without The Title That Inspired Us To Make Movies: Navis Pictures' The War Of The Vendée 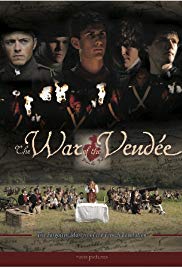 "They have killed our earthly king and now they want to kill our Heavenly King."

The War of the Vendée follows the true story of the heroic uprising in the Vendée region of Western France against the architects of the French Revolution. After the execution of King Louis XVI, the peasant farmer Jaques Cathelineau knows that he must take a stand against this demonic regime if the Faith is ever to survive in his beloved France.

He is joined by many of his friends and neighbors in his stand, most notably Captain Charette, Stofflet, and young Monsieur Henri. Together, these men plan on overthrowing the madness taking place in Paris or at least holding the Revolutionary armies away from their peaceful villages. The most important thing to them is the continuation of their priests to offer the Holy Sacrifice of the Mass and educate their children in the Faith.

This film was made with over 250 children actors, most of them from homeschool families. When Mary saw this film, she was inspired to make other wholesome Catholic movies. We are forever indebted to Mr. Morlino's work with this film.

Not only does The War of the Vendée tell a story that needs to be told, but it marks the beginning of the Catholic movement to make wholesome entertainment in the 21st century.

2nd On Our Catholic Movie Reviews, The Passion Of The Christ Recounts All That Christ Suffered During His Passion And Death On Good Friday 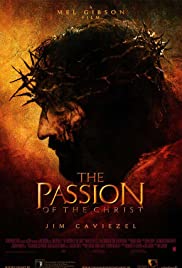 "For God so loved the world, as to give his only begotten Son; that whosoever believeth in him, may not perish, but may have life everlasting."

For the first time ever, a really good telling of Christ's passion is brought forth by Icon Productions. This film is based on the visions of Anne Catherine Emmerick as recounted in her The Dolorous Passion. The Passion of the Christ follows every detail of the hours leading up to Jesus' death on the Cross.

The powerful film shows an angle that is also not often shown to us: the constant temptation that Satan offered to Christ to escape his torturous death. In the film, Satan is frequently seen after the Agony in the Garden always appealing to Jesus to save Himself.

This film gives the compelling love and heroism of Christ's life and death, with a few flashbacks on His life. The film is in Aramaic and Latin, which you would think would be difficult to follow, but the captions are actually almost unnecessary because the visual tells the story on its own.

This is a must see for all Catholic audiences. It shows us that our duty in this life is only to give back to Christ as much as we can what He gave so freely to all of us: His very life. He suffered not only death, but the worst imaginable death that was dealt to Him with demonic zeal from His executioners. All this is shown very clearly in The Passion of the Christ.

Catholic Movie Reviews #3: A Man for All Seasons Where Silence Speaks Louder Than Words 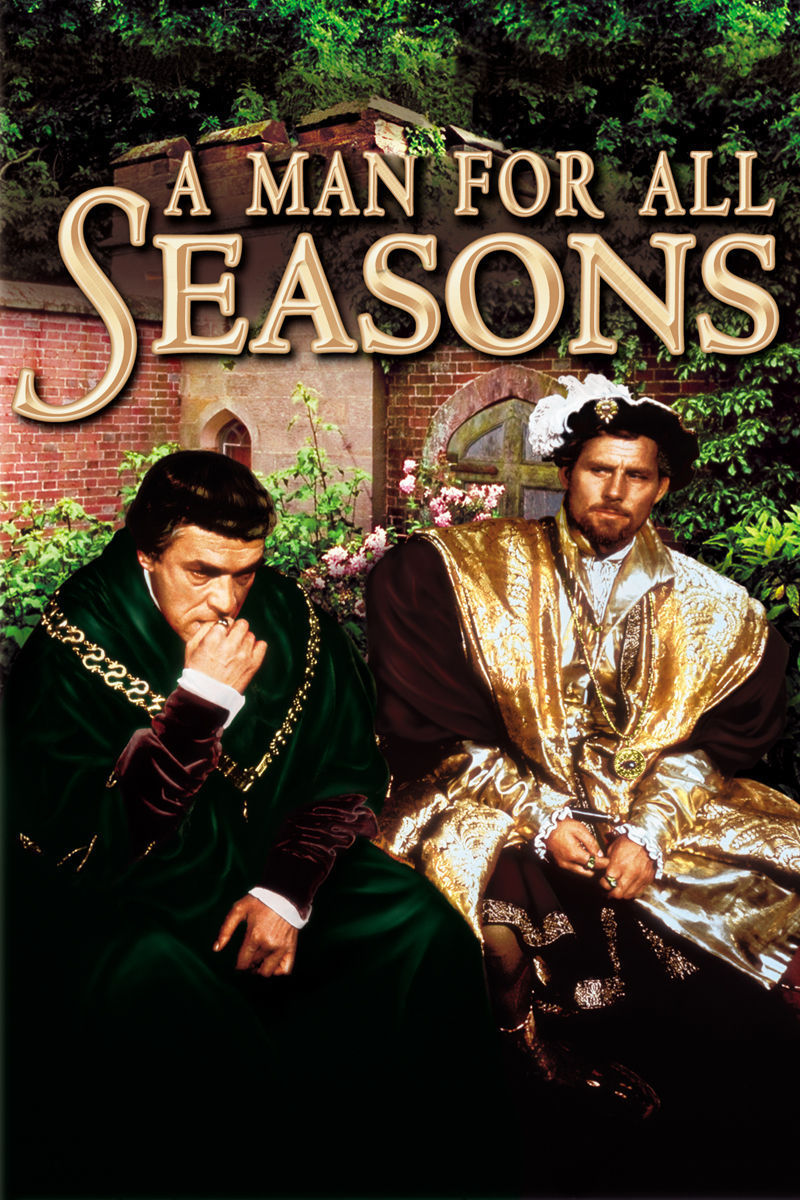 "God made the angels to show Him splendor, as He made animals for innocence and plants for their simplicity. But Man He made to serve Him wittily, in the tangle of his mind."

It is often said of St. Thomas More that, in his personal case, silence spoke louder than his words. A Man for All Seasons tells the story of this heroic man's silence through the eyes of his closest relatives. After Cardinal Wolsey fails the king and the chancellorship is taken from him, King Henry VIII gives the title to Thomas More, a good and upright lawyer who has helped him with many great accomplishments in the past.

When Henry VIII gets his divorce, he expects complete conformity from his new chancellor. He is not too upset when he can't find Thomas at the wedding, but harbors a secret mistrust of him. As matters escalate with the king's Act of Supremacy and false accusations against Thomas start to amass, however, Thomas decides to resign hoping to retire in a peaceful life while staying out of politics.

But Henry wants Thomas' approval. He will stop at nothing until Thomas' name is on the Act of Supremacy. Oliver Cromwell is only too happy to fulfill the king's wishes as the new chancellor with the help of two of Thomas' old acquaintances: the Duke of Norfolk and Richard Rich.

Thomas does all he can to keep out of trouble but the end is inevitable: death is the price he pays for his silence.

Points to Consider: The Lord's name is taken in vain. Of course, since this movie is about Henry VIII, there are some adult themes as well.

Catholic Movie Reviews #4: Zita Is A Great Low-Budget Film Inspired By The True Story Of This Saint's Life 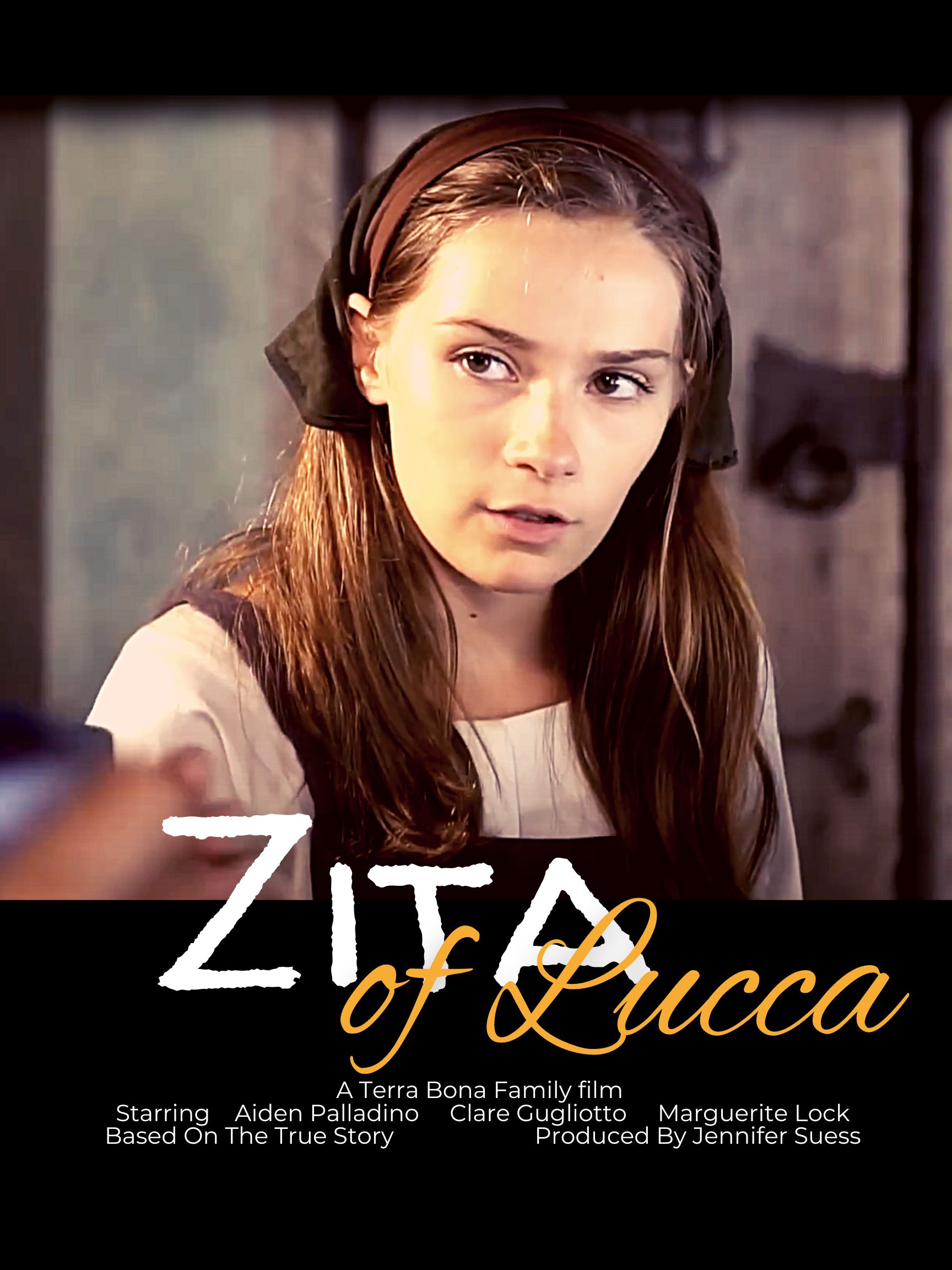 "I cannot believe it. I am the foremost trader in all of Lucca. I always get a good bargain and get my way. Yet, with Zita, I feel as if...Did I just use the word 'compromise'?"

Zita is a children cinema film that will take you through the life of St. Zita of Lucca. We watched this movie as a family a little bit ago and were very impressed with the amount of quality the Bona Terra Family was able to accomplish.

Zita goes to work as a servant girl for the Battelli family when she is very young. Soon after her arrival, she learns the unkindness of her master and fellow servants especially in respect to her religious spirit. She suffers many trials and mockery for her Faith but she keeps on building her relationship with Christ.

Eventually, she softens the heart of all those around her, turning them all into better people. She even works her way up to becoming the head housekeeper of the family's mansion. Even in her position, she still remembers those less fortunate than herself even prevailing on the master of the house to be generous to the poor of their village.

This movie follows the entire life of the saint, ending with her holy and peaceful death. In Zita, the acting was pretty good, the lines were easy to understand and we were very impressed with the sets the Terra Bona Family was able to accomplish.

Catholic Movie Reviews #5: Signum Crucis' Version Of Outlaws Of Ravenhurst, Another Portrayal Of The Same Story Of The Persecuted Catholics In Scotland 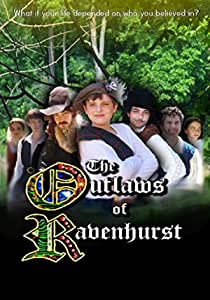 "The Earl of Ravenhurst must always stand for God and Our Blessed Lady, let the cost be what it may."

Outlaws of Ravenhurst is such a good story that we know of three people who have made it into a film in recent years. Here is the version made by Signum Crucis in 2010. This film tells the historical fiction story written by Sister M. Imelda Wallace about the persecution against the Catholics in Scotland in the 17th century.

Catholic Movie Reviews #6 The Reluctant Saint: Its Name Says It All, Giuseppe Did Not Appear To Be An Aspiring Candidate For Sainthood! 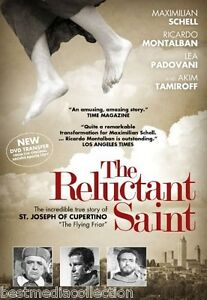 "Do you think I kept you in school all these years for this piece of paper? Do you think it didn't break my heart to see you, a grown man, among school boys? But at least I knew where you were!"

The Reluctant Saint is the lighthearted retelling of the story of St. Joseph of Cupertino. Giuseppe is certainly not the brightest person in his class. As his mother says, he is "a grown man among schoolboys". His father has an easy solution, though: have a special diploma given releasing Giuseppe from school.

But now Giuseppe's mother must find something else for him to do all day. He loses job after job on account of his stupidity. When his monk uncle comes to visit his sister, she has a new plan to have the monastery to take care of her foolish son.

Giuseppe still finds trouble, but the bishop of the diocese befriends him and even has him ordained. Giuseppe has a simple but strong faith in God and a special devotion to His Holy Mother. This faith, along with his humility, makes Giuseppe grow in devotion and holiness, so much so that he actually rises from the floor in a state of ecstasy during the consecration of his Masses.

This power raises questions in the monastery. Some of the monks are sure it is from God, others insist that it is given by the devil. An exorcism will tell the truth: Is it divine or demonic?

Above all, this movie shows that pride comes before the fall. That God will "put down the mighty from their seat, and hath exalted the humble. (Luke 1:52)"

Thank you for taking the time (and, yes, I know it took a lot of time) to read Catholic movie reviews. I really hope you decide to watch these movies.

My family and I love watching movies. As a result, we have quite a few movie review pages just below my bio. And we also make our own movies!

Visit our good family movies page to read about the movies made by Industrious Family Films. If you choose to buy one of them or want to donate to our cause, know that your money will go directly to making our next project.

We can't wait to share with you the good stories we love with many a future movie. Thanks for your help!