The Gauntlet book summary updated by Faustina Bowen on April 15, 2021 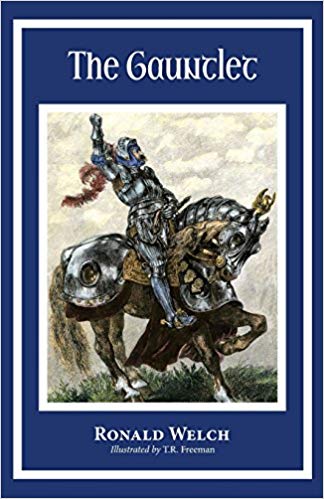 It all started when Peter put on a gauntlet. Then he woke up in the 14th century...

The Gauntlet is written by Ronald Welch, published by Lepanto Press, and illustrated by T. R. Freeman. It is a book that every child should read because it is not only well written but easy to understand.

The Gantlet is a book about friendship and self-sacrifice.

"This Is Welsh Land"

The Gauntlet is an adventure and mystery novel because not only is the reader learning about medieval life, but he is also introduced to the mysterious tomb of the strange and forgotten Peter de Blois.

The author clearly paints the dislike between the French lords and the Welsh chieftains at this time. The hate is shown when the author describes how “Maelywyn twitched the reins of his horse in his rising anger. ‘I do not recognize your king.’ he said, ‘We have had enough of you Norman barons. This is Welsh land.'”

The Characters In The Gauntlet

Some of the characters are Peter Staunton, Lord Roger, and Maegwyn.

Peter is a kind boy who is always excited about new things, but is equally eager to stay out of danger’s way.

Lord Roger is a static character: a kind man who shows fatherly love toward Peter but also displays an unquenchable distrust and dislike for his enemies.

Maegwyn is a Welsh chieftain who is constantly found reveling in his evil ways. Maegwyn is full of hatred for Lord Roger because he took his land. Things for these two get close and the reader is at the edge of his seat when, in the midst of a battle the reader is told, “Roger was on one knee, his shield held over his head. Standing over him was the short powerful figure of Maegwyn, and in his hand was a thick stumpy mace.”

Filled With Jousting, Duels And Battles

The Gauntlet is exciting due to many events. There is a jousting tournament where Sir William wins every turn. Then there is a duel between Lord Roger and Falk. And lastly there is a great battle at Carrey Cennen Castle that includes long bows, battling rams, and the dangerous trebuchets.

The Gauntlet is well written because it is easy to understand and to follow. It is not true to life because Peter could not really go back into medieval time.

I liked it because it was interesting. In fact I give this book an excellent rating.

This book teaches that it is better to try than not to try. It also teaches the reader to respect  others who know more than you. I think this book should be made into a movie. 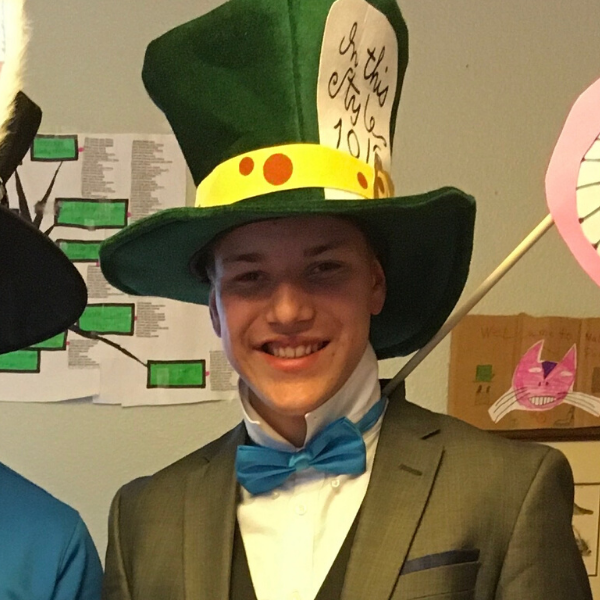 Michael Bowen enjoys the great outdoors and recreational sports. His willingness to work and the satisfaction he finds in a job well done manifests itself in plentiful experience in cooking, cleaning, and home improvement projects. Michael has played a leading role in Industrious Family Films’ first two films Max & Carlota and Outlaws of Ravenhurst. He aspires to become a classically trained actor.