The Prince And The Pauper

›  › The Prince And The Pauper 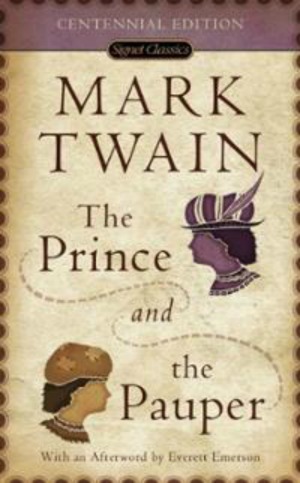 Here is a The Prince And The Pauper book summary so you can now see what a treasure this classic truly is.

In Mark Twain’s famous book, The Prince And The Pauper, the reader sees just how important it is to be who you are and not wish to be anyone else’s position.

Throughout the story the reader follows both the young, elaborate, and proud Prince Edward of England and the poor, plain, and humble pauper Tom Canty of the streets.

When these two meet each other, they also meet the adventure of their lives.

The Lifestyle Of A Prince: Prince Edward Tudor

12-year-old Edward is the prince of Wales. When Prince Edward is born all of England rejoices. As the book portrays that,

"All England had so longed for him, hoped for him, and prayed God for him, that now he had really come, the people went mad for joy."

In another spot it says, "There was no talk in all England but of the new baby, Edward Tudor, Prince of Wales, who lay lapped in silks and satins, unconscious of all this fuss, and not knowing that great lords and ladies were tending over him-and not caring either."

Although living in luxury all his life, Edward longs for just one chance to get dirty and play with other boys his age. One day, he sees a poor beggar boy and lets him into the palace.

He gets carried away with the tales of fun and mud that the boy, Tom Canty, tells him about.

It is then that he seizes his chance and puts on the beggar clothes and puts his royal robes on Tom. This is where he makes a great mistake.

The Lifestyle Of A Pauper: Tom Canty

Tom Canty is a poor pauper boy of 12. Although he is just as important in God's eyes as Edward, his birth is dreaded by all in the poor house in which he lives.

Mark Twain describes his house as, “...small, decayed, and rickety, but it was packed full of wretchedly poor families. Canty’s tribe occupied a room on the third floor.

"The mother and father had a sort of bedstead in the corner; but Tom, his grandmother, and his two sisters, Bet and Nan were not restricted-they had all the floor to themselves, and might sleep where they chose.

"There were the remains of a blanket or two, and some bundles of ancient straw, but these could not be rightly called beds, for they were kicked into a general pile mornings, and selections made from the mass at night, for service.”

Tom lives with all his family who include his wicked father and grandmother. The book describes them as,

“a couple of fiends. They got drunk whenever they could; then fought each other or anybody else who came in their way; they cursed and swore always, drunk or sober; John Canty was a thief, and his mother a beggar.

"They made beggars of their children, but failed to make them thieves.”

Tom himself is a dreamer. He often dreams he is a royal prince. He loves the stories of princes and castles that the priest who also lives at the poor house tells him.

Anyone can imagine his joy when, by mere chance, he sees a real life prince, Prince Edward! He is so disgusted in watching Edward's every move that he accidentally gets a little too close and receives a blow from the guard.

Then, wonders of all wonders, the prince lets him in and gives Tom all the luxury the poor pauper has never known. Tom then lets himself get talked into trading his rags of garments with Edward’s finery.

Tom and Edward are only going to play the roles of each other for a day but then everything gets confused and they both get dragged into a lifestyle which they know nothing about. Will they ever get into their proper places again?

Closing Of Our Prince And The Pauper Book Summary

Although Edward’s parts are more amusing as he is going about claiming his royalty and being laughed at and mocked, Tom’s parts are also very entertaining as he has never had luxury and does silly things like crack nuts with seals and things like that.

This is a great story and, like all Mark Twain’s books, it is hilarious!

Thank you for taking time to read my Prince And The Pauper book summary! Bee-Jay and I read this book lately and we loved it. I would recommend it to any young person who is looking for a royal adventure!

Faustina Bowen is a founding member of industriousfamily.com. She is the second of ten children. This homeschool graduate likes writing scripts for movies, helping mothers with their babies and learning new instruments. She contributes to society at large by making wholesome movies and writing amazing articles and entertainment reviews.