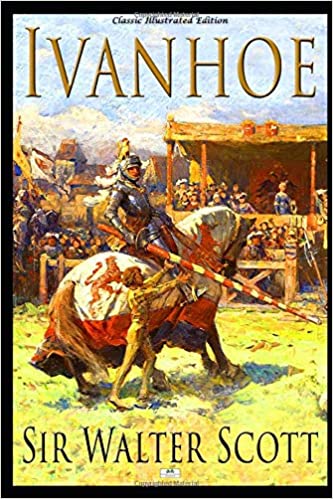 Sir Walter Scott’s most popular historic drama, Ivanhoe, sheds light on the inner strife between the victorious Normans and the conquered Saxons.

Ivanhoe is set in England, in the summer of 1194. It takes place during the familiar time when King Richard the Lionheart is held captive after the Third Crusade and his wily brother John attempts to usurp the throne.

Wrapped in jousting tournaments, kings in disguise, damsels in distress and burning castles, Ivanhoe keeps the reader on the edge of his seat.

Returning home from the Crusade and representing the return of the faithful followers of King Richard is Wilfred of Ivanhoe, the disinherited son of a Saxon thane. His father calls him disobedient; his childhood love, Rowena, is to be married off to his kinsman; his king is a captive in Austria; he returns home after a failed crusade—Ivanhoe seems to experience a weakness of circumstance, though not of character.

Under all these hardships, Ivanhoe consistently shows a chivalrous and noble character. He is not the dashing rough knight that many imagine Middle Age heroes to be, rather he is the simple, boyish hometown hero. 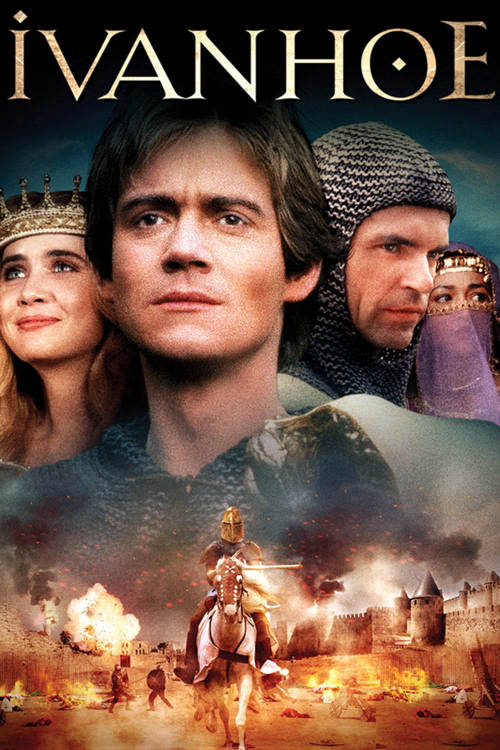 On the other hand, it is the nemesis, Sir Brian de Bois-Guilbert, who’s fame has proceeded him. Ivanhoe and de Bois-Guilbert finally come head to head when Brian mingles another’s innocence with his villainy.

Sir Brian de Bois-Guilbert is proud, arrogant and a man of reckless passions. Though a member of the religious order of Templars, he is a picture of how that order was during those medieval times: worldly. Brian challenges Ivanhoe in a tournament to see who is the better man of arms. After Ivanhoe defeats and humiliates him, the two “stand upon terms of mortal defiance.”

Bois-Guilbert desires to be promoted to a high position in his order but he is intent with having the Jewess Rebecca return his affections. He is willing to throw away all his dreams for her, but her final refusal leaves him mortified and dejection.

Rebecca is the beautiful daughter of a wealthy Jew. Sir Brian de Bois-Guilbert has decided that  a woman so beautiful and high spirited must be his. Ivanhoe himself pays some attention to Rebecca but on discovering that she is a Jew, he fosters a collected and cold manner toward her. “Ivanhoe was too good a Catholic to retain the same class of feelings toward a Jewess.”

For Ivanhoe and Sir Brian, Rebecca is the embodiment of Jerusalem for which they both have fought to redeem. She personifies Jerusalem as the irresistible but unreachable goal of chivalric quest.

When Rebecca’s innocence is on the line, she will demand a champion to defend her and it is Ivanhoe who will defy Sir Brian.

The historian, Anne Carroll, once noted that King Richard acquired all his parents’ good traits while Prince John inherited their bad traits. King Richard displays a “careless gaiety and fearless confidence”. He is “one whose trade was war and adventure.”

Prince John, on the other hand, is described as “light, profligate and perfidious”. He wants to keep Richard away as long as possible in order to take over the throne, but he cannot carry out the scheme without the help of several villainous Normans.

For some it may be near impossible to read Ivanhoe and not imagine Richard as the tall, manly lion and John as the slightly feminine kitten as portrayed in the Disney cartoon. The cartoonist most certainly took their character makeup from Scott’s Ivanhoe.

Ivanhoe is a well written, true to life historical novel that is thoroughly enjoyable because of the interesting historical era in which it is set. In modern time, we often do not experience examples of chivalry that were so apparent among gentlemen in medieval times.We say that a firefighter or a police officer is brave but we are unaccustomed to men firmly performing their duties to God, to fellow men and to their county.

The men of the Middle Ages knew who they were, knew where they had been and knew what God meant to them. Facing death and fighting for what they believed in was a way of life for them.